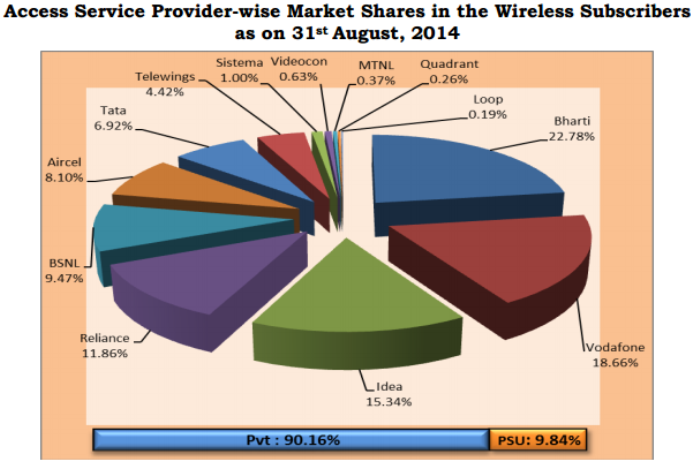 Wireless subscription in urban areas increased to 544.69 million in August from 540.44 million in July.

The shares of urban and rural wireless subscribers were 58.93 percent and 41.07 percent espectively at the end of August, 2014.