Meru Networks has formed partnership with Air China to deploy Meru wireless network technology on its A330 Airbus wide-body jets.

As a result of the deployment, Air China has become the first Chinese carrier that operates flights with on-board Wi-Fi system. Air China is in the process of upgrading their entire wide body A330 fleet with the system.

The deployment was carried out in partnership with Flight Focus, whose Cabin In-flight Wi-Fi platform integrates Meru technology enabling hundreds of passengers to simultaneously stream HD video directly to their mobile.

The Flight Focus Cabin platform for in-flight Wi-Fi and entertainment incorporates the latest and best technologies in terms of both hardware and software. 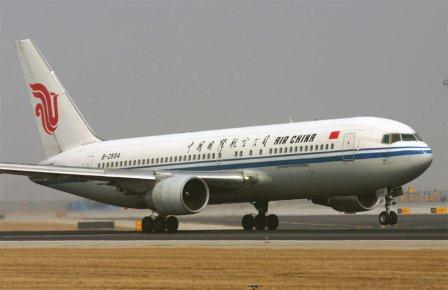 The advantage of Meru’s RF virtualization is that it enables plug-and-play deployment and easy capacity expansion for the highest-density, most demanding and harsh environments, such as inside an aircraft.  The in-cabin wireless network integrates a dual-radio, dual-band, 802.11a/b/g/n wireless access point (AP) with a 3X3:3 MIMO design.

Operating over the 2.4GHz and 5 GHz bands to deliver a maximum data rate of 450 Mbps per radio, it supports streaming video, voice, and other data traffic with superior predictability and reliability.