Telecom Lead America: BlackBerry’s next 3-4 smartphones on BlackBerry 10 platform, availability, marketing, etc. will be critical for the company to return to its former glory, according to Frost & Sullivan.

Devices, apps and interface have met the high expectations that we all set for the coming of BB10. 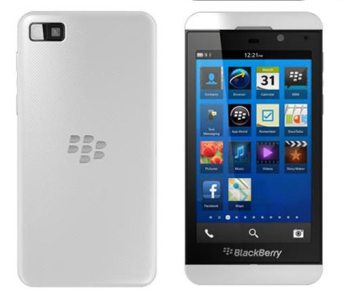 “The follow-on from the launch is now critical; the availability, the marketing, the next 3-4 products have to be spot-on. Blackberry is back, but that just means a fair-fight with Nokia and Samsung. It may not be enough to return the company to its former glory, but it will satisfy its loyal base, and start to pull in some new converts,” said Andy Baul Lewis, director, Information and Communication Technologies Practice, Frost & Sullivan.

Blackberry tries to rebuild its reputation in the smartphone market, and while the cool new features will bring in many consumers and the corporate bump will be significant, it merely puts the company back into the mix with Android and Apple devices.

Ten years ago Research in Motion (RIM), now renamed BlackBerry, pioneered and popularized the concept of the smartphone, especially among business customers. RIM did not just lead the market, RIM was the market. However, over the last 3-4 years, the smartphone maker missed some key shifts in the market, and it first lost out to Apple and then Samsung, as consumers rapidly adopted these high-end devices for personal use.

Today the smartphone segment is mature and the devices have reached a plateau of feature development. New devices must have virtually all the features of its counterparts to compete, and then must have slick marketing, the right pricing and a mass of apps to succeed.  Blackberry has done enough to jump ahead in the features game, and some tweaks, like the keyboard flick gesture, are if not totally wow, then at least very cool.

The two new devices look great, if not jaw-dropping, but some of the User Interface additions are cool, and will really shine up Blackberry’s lacklustre positioning.  With The Hub, the Flick gesture, and Flow movement between apps, Blackberry is setting a new bar for usability in the sector.  Blackberry has to make these features and its own image shine again, it has to promote itself as the must-have device, and that’s no easy task.

On Apps, Blackberry has probably done most of its background work, trying to make sure that the partners and developers of the top apps are on-board. In the main, Blackberry can tick that box, with a few exceptions the eco-system is behind the launch, and the cool apps you expect are there.

One of the great things for Blackberry is that across the Middle East, parts of Africa and Asia, it has a large loyal base.  In the business world, the BB10 bump will be significant as users will be able to finally jump up to a fully featured smartphone. It also has a base of consumers and business people who’ve moved to another platform instead of, or alongside their Blackberry device.  Here, the call to go back to the Canadian company will also be fairly strong.

But it is in the hyper-competitive consumer space, that Blackberry’s Z10 and Q10 devices are going have to fight hardest.  There is enough new and cool stuff for these devices to compete well against the Nokia Lumia and Samsung Galaxy, and they may even win-back some of the less faithful Apple phone base. But no new phone is likely to dominate in the Middle East in the way that Apple has to-date.  Here, getting the right availability, pricing and marketing messages is critical, new devices provide the platform for success, but the execution has to be spot-on to deliver.  It’s likely that Blackberry will recover much of its former position in the market, but it will not resume the leadership spot for some time, and if it does, this will depend on other devices in the upcoming range, which have to deliver the same experiences at lower price-points.

In the enterprise mobility space, many of the new features will enhance sales, with the new OS and BlackBerry Enterprise Service 10, a multiplatform Enterprise Mobility Management (EMM) solution, bringing the now-dated Blackberry offering right up-to-date,. The EMM solution puts together device management, industry leading security, and mobile applications management for BlackBerry Smartphones and PlayBook tablets, in a consolidated solution while providing a single console for managing BlackBerry, Android and iOS devices. Thereby, making it a more viable platform in the Bring Your Own Devices (BYOD) era.

Blackberry has also adjusted its licensing terms, giving operators more flexibility, tying its own profitability to higher volumes. With this announcement, RIM, now Blackberry, is really betting the whole company on a last-ditch attempt to regain market share. BB10 has some very cool stuff, but in the world of tech, we know that the coolest stuff doesn’t always win, and the marketing and channel war now underway is where the battle will really be won or lost.  Pricing looks good and the channels are primed so Blackberry is off to a good start.

Ovum said despite a well-designed Blackberry 10 platform that will certainly attract short-term interest from existing users the company will struggle to appeal to a wider audience and in the long-term will become a niche player in the smartphone market.