Wireless Broadband Alliance (WBA), the industry association focused on driving the next generation Wi-Fi experience, today announced that the Government of India joined the WBA Connected City Advisory Board.

The announcement was made at the first WBA Vision Forum in India, organized at New Delhi.

WBA founded the Connected City Advisory Board to help deliver the vision of Connected Cities being pursued by a growing number of cities from around the world.

Addressing the telcos and other ecosystem players, Rajan S. Mathews, director General, COAI, said, “All the players in the telecom ecosystem should come together to perpetuate the success of this initiative taken by WBA and ensure the sustained realization of the Smart Cities, connected cities vision.” 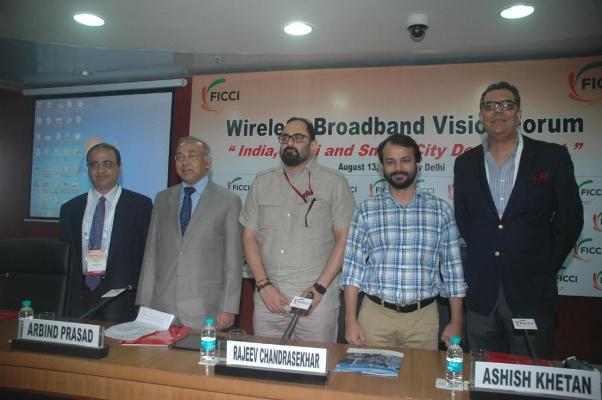 The Alliance also introduced its first initiative in India to discuss the transformational role of Wi-Fi in Connected City Deployments by bringing together close to 200 executives and experts from around the world, including Indian network operators, technology providers, senior government officials and regulators.

Connected City Advisory Board provides an exclusive platform for City Managers and CIOs to knowledge-share and create best practices with their counterparts in other cities and also determine the best way to leverage public-private partnerships.

Speaking at the occasion, Ashish Khetan, vice chairman, Government of Delhi, said, the association will play a major role helping their vision for city wide Wi-Fi.

In its maiden budget AAP government in Delhi allocated Rs 50 crores to provide free Wi-Fi in colleges and villages.

Wi-Fi will play a transformational role in building the Smart Cities and work as a robust platform for a better, connected India, said Aruna Sundarraj, Secretary, Govt. of India and Head of USFO Fund and managing director of Bharat Government.