India has the lowest mobile data cost in the world with one gigabyte (1GB) of data costing an average of USD 0.26, according to a report from Cable.co.uk. 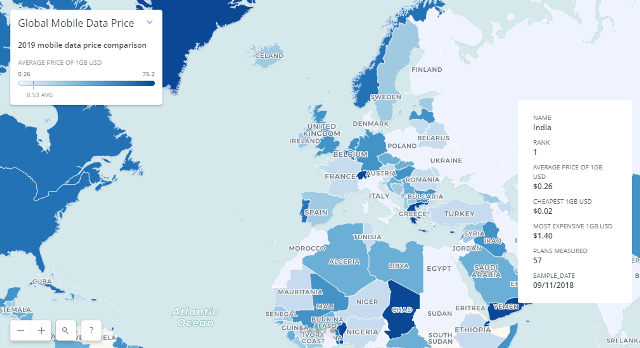 The $0.02 was the lowest cost of a gigabyte of data in India. They are not mobile data package prices, the report said. The consumer may not even find a 1GB data plan for $0.02 in India.

The report methodology said the average monthly cost of 1GB of data for each country as a whole is calculated by totalling the price of a gigabyte in each plan recorded and dividing that number by the total number of packages recorded – it is a simple, mean average.

Indian telecom operators include BSNL, Bharti Airtel, Vodafone Idea and Reliance Jio. The mobile data cost started crashing in India in the wake of the free voice and data offers from Reliance Jio in September 2016.

Airtel, BSNL and Vodafone Idea have 2G, 3G and 4G data packages, while Jio has only 4G data plans. The report did not reveal more details about the network details. Some of the 2G and 3G data plans are cheaper in India as compared with 4G offerings. 2G networks do not even provide quality mobile data service to customers.

The most expensive place in the world to buy mobile data is Zimbabwe, where the average cost of 1GB is USD 75.20 – 289 times as much as in India.

Kyrgyzstan is a close second to India with 1GB costing USD 0.27 on average. It’s followed by fellow Commonwealth of Independent States (former USSR) countries Kazakhstan (USD 0.49) and Ukraine (USD 0.51) in third and fourth place, with Russia 12th on the list with an average 1GB cost of USD 0.91.

Israel is the cheapest country in the Near East region, with 1GB costing an average of USD 0.90. Jordan (USD 1.79) is second on the list, closely followed by Kuwait (USD 2.01) and Palestine (2.06). The most expensive mobile data deals in the region can be found in Cyprus, where the average price of 1GB is USD 20.25.

Egypt is the cheapest in North Africa at USD 1.49 and even the most expensive in the region, Algeria (USD 5.15), is below the global average.

Sub-Saharan Africa has three countries among the top ten cheapest in the world – Rwanda (USD 0.56), Sudan (USD 0.68) and the Democratic Republic of Congo (USD 0.88). The region also has four of the six most expensive countries on the list, with Zimbabwe joined by Equatorial Guinea (USD 65.83), Saint Helena (USD 55.47) and Djibouti (USD 37.92).

The average price of 1GB of mobile data in both Canada (USD 12.02) and the United States (USD 12.37) is more than the global average of USD 8.53. But the most expensive country in North America is Bermuda with an average of USD 37.74.

The cheapest mobile data plans in Central America can be found in Guatemala, where 1GB of data costs USD 4.53 on average. Prices are only marginally higher in El Salvador (USD 4.55) and Belize (4.57). The most expensive country in Central America is Mexico, where an average 1GB costs USD 7.38.

Chile, with an average of USD 1.87, is the only South American country to make it into the top 50 cheapest in the world. Peru (USD 2.48) is the next cheapest in South America followed by Uruguay (USD 2.80). The most expensive in the region is the Falkland Islands at USD 47.39.

The average 1GB of data costs USD 2.47 in Australia, making it the cheapest country in Oceania. The region’s island nations are mostly in the more expensive half of the table, with Samoa the most expensive at USD 30.09.

The UK comes in at 136th, with 1GB of mobile data costing an average of USD 6.66. The United States is one of the most expensive developed nations for purchasing mobile data, coming in 182nd in the world, and with an average 1GB cost of USD 12.37. 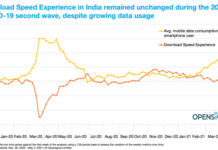 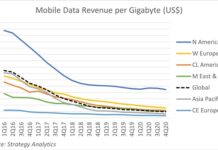