Telecom Lead India: Cisco said Mexican mobile users prefer Wi-Fi networks because the networks are faster and cost-effective for connecting to the Internet from smartphones, tablets, laptops, e-readers and other mobile devices. 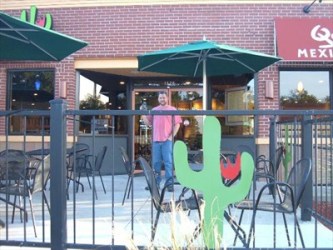 According to the survey in Mexico, most mobile users are connecting their devices via Wi-Fi at some point, including more than 80 percent of smartphone owners.

Approximately 45 percent of laptops, 35 percent of tablets, and 30 percent of e-readers are connecting exclusively through Wi-Fi.

On average, smartphone users use Wi-Fi about 40 percent of the time to connect their devices to the Internet.

With the exception of smartphones, users would prefer to connect all of their devices via Wi-Fi. Given a choice, 87 percent of laptop users and more than 80 percent of tablet and e-reader owners would either prefer Wi-Fi to mobile access, or have no preference.

More than 70 percent of mobile users consider Wi-Fi faster and more cost-efficient than any other type of access; about 60 percent believe Wi-Fi is more reliable and offers optimal performance for their applications; and 55 percent think Wi-Fi is more secure, despite the technical superiority of cellular mobility regarding security.

More than 80 percent of the people interviewed take advantage of a public hotspot at least weekly, either in parks, streets, coffee shops, restaurants, etc.

Offering free Wi-Fi can be a way to retain existing broadband customers and to attract new ones from competitors; more than 80 percent of broadband customers indicate that they would be at least moderately likely to switch providers if they were offered free public Wi-Fi, with 64 percent saying that they would be “very” or “completely” likely to switch

Recently, Cisco said the mobile network traffic in Mexico is expected to increase 23-fold from 2011 to 2016, with Mexican broadband users owning 2.85 mobile devices, a figure slightly higher than for the typical U.S. broadband consumer, who owns 2.59 mobile devices.