The IT giant has tied up with the Tanzania Commission for Science and Technology (COSTECH) and UhuruOne to provide affordable broadband access to university students and faculty in Dar es Salaam, Tanzania.

The project, a part of the Microsoft 4Afrika Initiative, will increase digital literacy, teach technical skills, advance e-learning. The pilot’s initial deployment in Dar es Salaam will target the University of Dar es Salaam, among others. 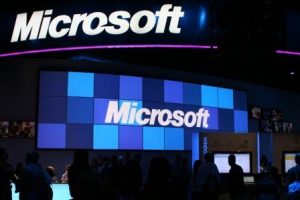 “We anticipate that tens of thousands of Tanzanian students and faculty members will be able to take advantage of the wireless broadband packages offered by UhuruOne through the project,” said Hassan Mshinda, director general, Costech.

These integrated solutions will include a Windows 8 laptop or tablet, wireless broadband connectivity, and applications and services. The partners are working with banks to offer small loans to cover the cost of the packages.

Mihayo Wilmore, founding partner, UhuruOne, said: “We are committed to increasing the affordability, accessibility and availability of broadband service in Tanzania and are pleased to be working with Microsoft and Costech in this critical effort.”

The Tanzania pilot follows a similar project Microsoft launched in Kenya in February, which uses white spaces and solar power to deliver low-cost wireless broadband to rural locations without previous access to broadband or reliable electricity.