The worldwide enterprise software market revenue grew 8.5 percent to reach $245 billion in 2010, according to Gartner. In 2009, worldwide revenue declined 2.5 percent to $226 billion.

“In 2010, major software vendors expanded their product portfolios, acquired companies where appropriate to their plans, and reached deeper into emerging markets”,  said Joanne Correia, managing vice president at Gartner. “The year represented a return to solid footing as the market recovered and expanded in terms of revenue and geographies. However, some regions did not recover as rapidly as others. Japan and Western Europe saw relatively modest dollar-denominated growth, while Latin America and Asia/Pacific saw growth in the mid-to-high teens, nearly double the market average”.

Three of the top five vendors experienced revenue gains above the industry average. Microsoft maintained the number one position as it increased its worldwide enterprise software revenue market share to 22.4 percent in 2010.

Microsoft’s  growth results were enhanced in 2010 by the broader adoption of new releases of the Windows 7 operating system and Microsoft Office 2010 productivity software. Microsoft’s total software revenue results have been improved by new strategies aimed not only at individuals, but also at organizations and multiple delivery models. The company is placing more emphasis on enterprise application and infrastructure software programming platforms.

IBM maintained its number two position in 2010 as it had in 2009, and it would be the number one enterprise software vendor if Gartner did not count consumer sales of Microsoft’s office and operating systems. IBM sells only to enterprises and partners. The company’s software revenue grew more than 5.7 percent in 2010, mainly due to its WebSphere, Tivoli, Information Mgmt., Operating Systems and Rational brands. IBM expanded  in 2010 into the applications with a focus on e-commerce, marketing and sales with more than 20 industry solution frameworks as its “smarter planet”  go-to-market strategy evolves.

Oracle  showed the strongest growth among the top five vendors, as it increased its revenue 19.4 percent. Growth was achieved across all software markets, with faster growth emerging from its business intelligence, security, IT operations, and data integration and quality tools offerings. Oracle has kept most acquired technologies intact while integrating the infrastructure and middleware into Oracle Fusion Middleware (OFM) 11g with some integration across the application portfolio. Oracle expects continued market momentum in its industry offerings, middleware, data quality and integration tools, master data management, database CRM and SCM solutions. 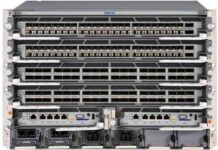 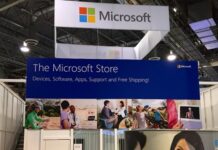