The MiFi 4510L 4G LTE Mobile Hotspot from Novatel is the next-generation of the  MiFi
Intelligent Mobile Hotspot, building on innovation and design, proven
performance and industry-leading user experience.

The MiFi 4510L allows businesses and consumers to create a personal Wi-Fi cloud capable
of sharing the high-speed Internet connectivity of the Verizon Wireless 4G LTE
and 3G Mobile Broadband with up to five Wi-Fi-enabled devices simultaneously.
The 4G LTE MiFi 4510L includes new features, such as an intuitive status
display on the device showing signal strength, battery level, roaming and
number of connected devices.

With 4G LTE, customers can expect download speeds of 5 to 12 Mbps and upload speeds of
2 to 5 Mbps in 4G Mobile Broadband coverage
areas. The service is backward compatible with the Verizon Wireless 3G network.

The 4G LTE MiFi 4510L is available online and will be in Verizon Wireless Communications
Stores on April 21 for $99.99 after a $50 mail-in rebate with a new two-year
customer agreement on a 4G Mobile Broadband plan.

4G LTE Mobile Broadband plans begin at $50 monthly access for
5GB. Customers will receive the rebate in the form of a debit card; upon
receipt, customers may use the card as cash anywhere debit cards are accepted.
Data usage can be tracked by logging on to My Verizon online. 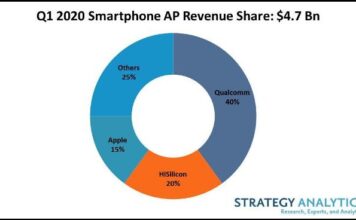