How long do we intend to continue to be a Banana Republic of Crony Capitalism, especially in the backdrop of a statement by none other than our Economist Prime Minister on 12th December 2007 in the presence of an International audience “The policy regime for making spectrum available should be fair, transparent, equitable and forward looking.

It should not create entry barriers to newcomers or barriers to the continued growth of the important sector. At the same time, the revenue potential to the government must not be lost sight of. After all, governments across the globe have harnessed substantial revenues while allocating spectrum ($34 in US). In the final analysis, the key issues are correct pricing, fair allocation rules, and a pro-competitive stance.”

Despite that, within minutes of this statement by the PM, the minister in-charge had the temerity to say that he would do what suits him. The rest is history as one might say. Four years on this is what the Supreme Court had to say on the entire Saga.

“Regard  being  had  to  the  aforesaid  precepts,  we have  opined  that  auction  as  a  mode  cannot  be  conferred the  status  of  a  constitutional  principle.  Alienation of natural  resources  is  a  policy  decision,  and  the  means adopted  for  the  same  are  thus,  executive  prerogatives. However,  when  such  a  policy  decision  is  not  backed  by  a social  or  welfare  purpose,  and  precious  and  scarce  natural resources  are  alienated  for  commercial  pursuits  of  profit maximizing  private  entrepreneurs,  adoption  of  means other  than  those  that  are  competitive  and  maximize revenue  may  be  arbitrary  and  face  the  wrath  of  Article  14 of  the  Constitution.  Hence,  rather  than  prescribing  or proscribing  a  method,  we  believe,  a  judicial  scrutiny  of methods  of  disposal  of  natural  resources  should  depend on  the  facts  and  circumstances  of  each  case,  in consonance  with  the  principles  which  we  have  culled  out above.  Failing  which,  the  Court,  in  exercise  of  power  of judicial  review,  shall  term  the  executive  action  as arbitrary,  unfair,  unreasonable  and  capricious  due  to  its antimony with Article 14 of the Constitution”.

Having said that Logic, commonsense defies what continues in the country, despite strictures and observations as well from the Apex Court of the country, there continues a litany of scams equalling any natural disaster. The scams are not restricted to spectrum, but extend to Coal, SEZs< Airports, Commonwealth games and the lease extensions of the iconic Taj Mansingh at Delhi.  All because either some politician or his kith and kin holds a sweat equity into any venture.

One would have thought that after the abolition or the Privy Purses in 1971 the Maharaja or the wealth cult would disappear, however what we see after the opening up of the economy 20 years later in 1991 a mushrooming of the nouveau riche and present day maharajas all because of the largesse of the government in distributing all natural resources in a most arbitrary manner to benefit the cronies of those in power throwing all ethics natural justice, rights of the locals to the wind. The old day royalty had some obligation to the subjects; here the present day it is none to nothing except lip sympathy in the form of the Food Security Bill, MNREGA etc, all to buy votes from one term to the other. 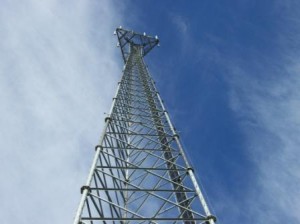 We believe that distribution of any natural resource should be done in a fair and transparent manner. As the natural resource is of, by and for public benefit, hence no one can distribute or sell the public resource for personal benefits.

Fair criteria should be adopted for allocation of natural resources and competitive bidding should be the practice in allocating natural resources for commercial use. According to the key observations drawn out by the Supreme Court on 2nd February 2012 – Natural Resource/Spectrum should be auctioned for providing various telecom services and how the same auction process can be applied to other minerals.

In past, various auctions have been successful like 2001 Licenses Auction and 3G & 4G Auction. In 2010, the 3G and 4G telecom spectrum were auctioned in a highly competitive bidding. Government earned 677.19 billion (US$12 billion) from the 3G spectrum auction.  Unlike FCFS process, auction is a fair and a transparent manner to allocate natural resource to the players for various services. The market discovers the price and not an individual. From the past experiences it is clear that Auction is the best way to ensure market orientation and transparency for allocation of natural resources for commercial use.

Apart from Auctioning, if there is another way to maintain transparency, then it should be made known to all. It is completely incorrect to say that auctions are never a success. Also, investor’s should have confidence in the investing industry. In our view, investors are not worried about the auction process but they are more concerned about the uncertainties/mid-way changes in the policy regime.

Lastly, we strongly believe that there is no other way except auctioning where public goods are involved. National Assets of which every Indian citizen has a right must be auctioned be it coal, mines, land etc. Various external consultants make their own spreadsheet type business case, misleading everybody across the board and justify the same to prove that auction is a failure always.