Telecom Lead America: With BlackBerry 10 launch on January, Research In Motion (RIM) is trying to regain its lost glory in smartphone market by competing with Apple and Samsung.

Leading telecom market research firm HIS is analyzing the smartphone and OS markets. 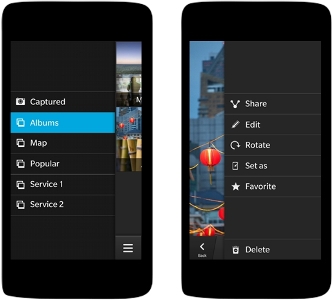 With the introduction of its BlackBerry 10, RIM is making the final charge in its struggle to become the third viable smartphone brand alongside market giants Apple and Samsung Electronics as well as the No. 3 operating system vendor after Apple and Google’s Android.

“This year we will see multiple attempts to fight the Samsung/Apple smartphone duopoly in smartphone hardware—along with the twin Google/Apple duopoly in smartphone operating systems,” said Ian Fogg, senior principal analyst at IHS. “Because of the fast-rising adoption of smartphones, 2013 represents the last, best hope for RIM’s BlackBerry 10—along with endangered specimens like Microsoft’s Windows Phone, Nokia’s Lumia and Mozilla’s Firefox—to create a viable third smartphone competitor in the market.”

Samsung and Apple in 2012 together accounted for close to 50 percent of global smartphone shipments, making them the dominant market force in the mobile market. Google’s Android and Apple OS in 2012 collectively held about a 90 percent share of the smartphone operating system market.

“With smartphones soon to reach their maximum penetration, time is running out for RIM and other Apple/Samsung/Google competitors to stake a claim in the smartphone business,” said Wayne Lam, senior analyst for wireless communications at IHS.

While time is running short for RIM, recent events also have opened a window of opportunity for the Canadian maker—as well as for other contenders in the smartphone market.

In particular, the struggle for traction by Windows Phone is opening opportunities for another player to establish itself. Leading Windows Phone proponent Nokia of Finland has shipped just 4.4 million Lumia Windows Phones in the fourth quarter of 2012 and posted poor ASP figures for its Lumia line. These facts suggest that the high-end Lumia 920 model has not achieved expected traction. And now with the revocation of the generous payments previously provided by Microsoft, the outlook for Nokia is tougher than ever.

However, Apple has had a few stumbles of late, including its widely criticized Maps app. Apple’s missteps last year seem to have generated a consumer sentiment that was not there before—namely, a willingness among consumers to try other products that may deliver compelling value. This also represents an opportunity for a new competitor to enter the market.

With the smartphone market maturing and changing, smartphone challengers must adopt differentiated strategies, rather than simply mimic what Apple, Google and Samsung did in the past. The mobile industry is dramatically different from what faced Apple on the eve of the original iPhone’s launch. We’re now seeing smartphone designs that are third- or fourth-generation descendants from the initial Apple and Android devices. Those handsets have led to a revolution in the mobile market that has yielded wrenching changes in smartphone consumer usage, form factors, content, data plans and business models.

The revolution will be mobilized

Among the changes revolutionizing the market is that smartphones have become credible TV- and movie-playback devices. This is because smartphones now typically have screens larger than 4 inches— sometimes more than 5 inches—and with high-definition resolution. In contrast, the original iPhone in 2007 had a display just 3.5 inches in size—larger than average for a cellphone at the time.

Another major development is that Samsung has overtaken Nokia as the biggest manufacturer of mobile handsets—primarily on the strength of Samsung’s smartphone sales. Nokia’s decline reflects a shift of power away from Europe that alters the opportunities for partnerships in the smartphone business.

Furthermore, operators are no longer the key distributors of mobile content. Back in 2007, almost all mobile games and other mobile content came from operator portals, with operators taking a share of revenues. Mobile content and data continued to be the great hope that would enable operators to weather the inevitable decline of mobile voice revenues that everyone knew would happen. Now, smartphone application stores, operated by the smartphone OS platforms—Google with its Play Store, along with Apple and Microsoft with their counterparts—have seized that value-chain position from the operators.

Meanwhile, new market entrants from the computer and Internet industries are now movers and shakers in mobile. Major players in today’s mobile market include Apple, Google, Amazon and Facebook.

Finally, consumer communication behavior is being disrupted by smartphones and data plans. The smartphone and the mobile Internet threaten to disrupt the mobile operators’ core business of voice and SMS messaging. But the greater threat is from next-generation communication software that is built into each of the major smartphone OS platforms, such as RIM’s BlackBerry Messenger, Microsoft’s Skype, Facebook’s integration with iOS and Windows Phone, Google’s Google Talk and Apple’s iMessage.

To succeed in challenging the incumbent players—and accommodate the changed market conditions— smartphone challengers must offer products and employ strategies that are clearly differentiated.

For example, RIM hopes the BlackBerry 10 will offer differentiation in the areas of user interface with one designed to juggle apps, by helping consumers and businesses have content coexisting on the same device. RIM also has created a new smartphone OS focused on delivering a communications experience meaningful to the user. RIM likewise is pursuing a content-based strategy offering songs, television and movies.

For its part, Nokia believes that Windows represents its path to differentiation, along with included services, such as music.

Another upstart, Huawei, is trying to compete on the size and ruggedization front, with phones that are shock and water proof yet still maintain a sleek design, such as the recently announced Ascend Mate and Ascend D2.