hike, a messaging app from BSB, has launched a new update that enables users to chat with each other using new stickers at the tap of a finger.

“We’ve handcrafted some really fun and expressive stickers that we believe will add a lot more character and fun to messaging especially amongst the youth,” said Kavin Bharti Mittal, head of Product and Strategy, BSB.

The free cross-platform messaging app now comes with a variety of sticker packs, including Miley the cat, Snuggles the dog, Expressions, Rage Faces and even a playful Bollywood pack. 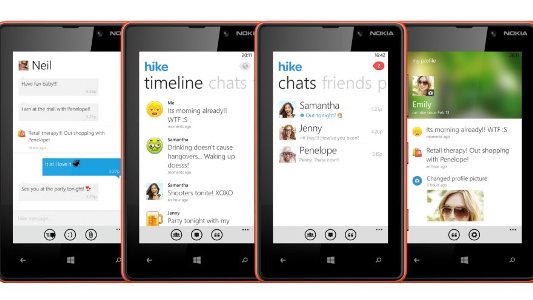 In addition, the company’s new feature called hike Offline enables users to recognize when one of the users is offline and allows users to send the message as a free SMS to that person. The reply from the offline user comes back into hike for other online users, making messaging extremely seamless on hike.

The company on Wednesday introduced two additional features. A brand new Walkie-Talkie feature that allows users to send voice messages in real-time and the ability to see when your friends were Last Seen. Users will be able to choose who sees when they were Last Seen on the app.

With the launch of these new features hike also announced the availability of hike for BlackBerry. The app was previously available in beta for BlackBerry users.