Telecom Lead India: The number of mobile application downloads worldwide doubled during 2012 and reached 60.1 billion from 29.5 billion in 2011.

The annual downloads will reach 108 billion by 2017, according Berg Insight.

Revenues from applications, including direct revenues and in-app ad revenues, reached €6.4 billion in 2012.

App revenues are expected to grow at a compound annual growth rate of 17 percent to reach €14.1 billion in 2017.

Apple’s App Store is the leader in monetisation of mobile apps and will keep the number one position during the forecast period.

Google Play and Windows Phone Store are anticipated to be number two and three respectively in 2017. 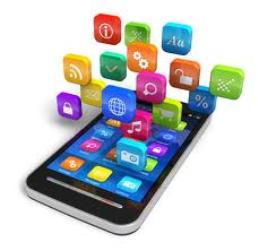 The increase in app downloads during 2012 comes mainly from Apple App Store, Google Play and some of the third party app stores.

While many Western third party app stores are struggling, the situation is different in other parts of the world.

Monetisation is however particularly challenging in these markets, even though free to download strategies such as in-app advertising and in-app payments are promising and have been moderately successful.

The most important trends on the app market today are the popularity of free to download apps and multiplatform support.

Furthermore, publishers commonly incorporate social features, where some build their own social platforms and others use existing social networks in order to expand their application user base and increase engagement.

The mobile app market is highly competitive, but the economical upside can be great for the successful publishers.