The size of the mobile app market will be $27 billion in 2013, according to ABI Research.

The telecom market research agency says mobile apps will continue to be a critical factor in the battle between the mobile OS.

BlackBerry and Windows are slowly augmenting their apps catalogue as they compete for the 3rd ecosystem, but are still far behind Apple and Android.

iOS continues to lead the way, and the OS is projected to generate over two-thirds of the revenues for smartphone and tablet apps in 2013. 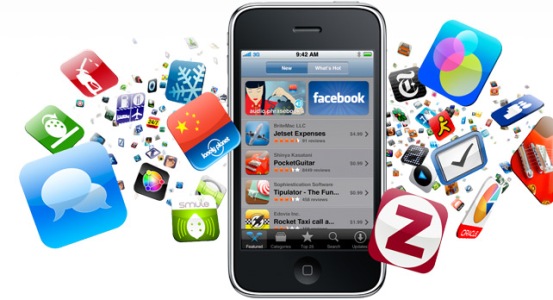 This week, Gartner said tablet shipments are expected to grow 67.9 percent in 2013, with shipments reaching 202 million units, while the mobile phone market will grow 4.3 percent, with volume of more than 1.8 billion units.

ABI Research says tablet revenues are catching up and it is projected tablet app revenues will overtake smartphones by 2017. The inclination for tablet users to pay more for apps than their smartphones because of the larger screen size and better user experience for gaming and reading are the primary drivers.