Telecom Lead India: With 65% traffic growth, MobileTV is gaining momentum in India, according to Airtel Mobitude 2012 that reveals the preferences of over 186 million mobile customers in India. 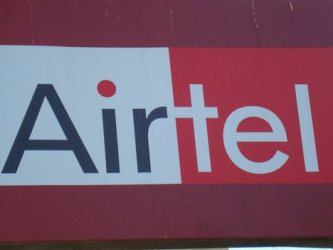 MobileTV experienced 65 percent increase in traffic in 2012 over last year. Within the MobileTV category, IPL viewing minutes jumped 74 percent and viewership increased over 46 percent against growth in 2011.

Sony TV ranked number 1 among television channels. The traction seen by MobileTV reinforces India’s growing demand for data driven services that help customers get their dose of the best and latest in entertainment.

“The data, based on the usage pattern of the country’s largest mobile customer base, reveals an exciting picture of India’s love for movies, music, gaming and social networking. The study also brings to light India’s increasing dependence on smart devices and data usage as they access a whole host of new services on the go,” said N Rajaram, chief marketing officer – Consumer Business, Bharti Airtel.

In 2012, Indian sent 1 million MMS on Diwali and jumped 145 percent on the festive day for the first time in the country’s MMS traffic history. The Navratri festival topped all events in terms of specialized content download traffic.

Video consumption is reported at its highest during night hours. Specifically, 3 video streaming and download sites fared among ‘Top 10 websites’ in 2012 (compared with only 1 last year) – thus showing growing popularity of the category.

An average of 3 million downloads on Airtel App Central were recorded every month. With 90 percent downloads in the ‘Free’ category, customers show a preference for the ‘freemium’ model. While 65 percent of application downloads are games, other popular categories including social networking, video and music players, sports, health and other entertainment.