Samsung has revealed how it is assisting Sprint for building the 5G network that will be available for commercial use in May — using Samsung’s cost effective 5G New Radio (NR) solutions. 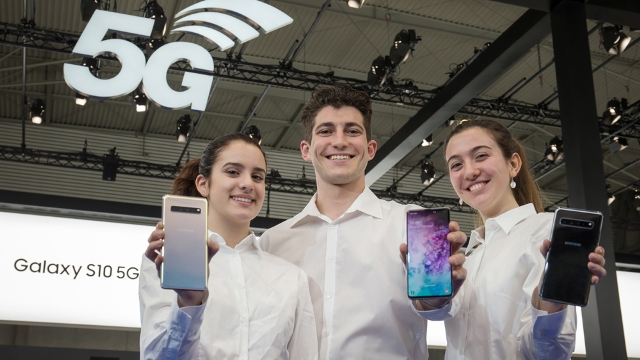 Sprint customers can access both 4G LTE and 5G commercial service on its network using the split mode capabilities of Samsung’s MIMO solution, offering a cost-effective transition to 5G.

Samsung Electronics earlier announced it shipped 36,000 5G base stations to the US and Korea in 2018.

Ericsson at the Mobile World Congress (MWC 2019) today revealed that Sprint is one of the 10 telecom operators who have selected 5G network. Apart from Sprint, telecoms such as AT&T, Verizon and T-Mobile have also selected Ericsson for 5G.

Samsung’s 5G NR solution will be in the commercial network for one of Sprint’s first 5G cities, Chicago, IL, in May, said Lyle Nyffeler, vice president, Networks Division, Samsung Electronics.

Sprint’s mobile 5G will be available in Atlanta, Chicago, Dallas and Kansas City in May. 5G will reach Houston, Los Angeles, New York City, Phoenix and Washington D.C. in the first half of 2019. Sprint 5G will cover 1,000 square miles across nine markets, Scott Santi, SVP of Network Deployment and Operations at Sprint, said.

Sprint is the exclusive U.S. carrier of HTC 5G Hub that offers video streaming, buffer-free gaming and 5G mobile hotspot connectivity for up to 20 users.

Sprint Business is also expanding its MVNO deal with Google Fi to bring 5G service to Google Fi to customers.

Samsung said its chips includes Exynos Modem 5100, compliant with the 3GPP 5G NR standard to support new spectrums including below and above 6GHz for faster data speeds up to 6Gbps.