Priced at Rs 44,990 in India, BlackBerry Q10 is trying to redefine the user experience of the Qwerty smartphone.

The hardware keyboard of BlackBerry Q10 can become the benchmark for Qwerty phones in the world. It’s marvelous. Easy to use, the latest smartphone allows hassle free typing experience for business professionals and individual users of BlackBerry.

There’s no other reason why BlackBerry is positioning its keyboard as the key to success. Keyboard is not so big. Touch on these keyboards may not produce music (as in a piano), but it gives feel good factor to every BB fan in India.

Its keyboard is laid out in straight lines, and there’s a bit of brushed metal between the rows of keys. Keys are large enough for convenient and quick typing.

BlackBerry Q10 is an alternative device to mobile phone users, who do not like to continue with a touchscreen. Most competing brands are coming out with touchscreen phones and BlackBerry 10 phones with Qwerty keyboards are here to stay forever. 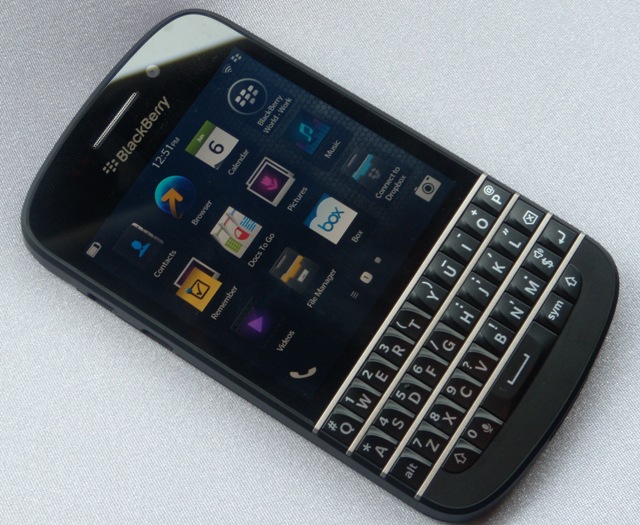 Few analysts say the BlackBerry Q10 is the upgraded and premium version of BlackBerry Bold 9900.

BlackBerry Q10, though the first Qwerty phone on BB 10 platform, retains the characteristic BlackBerry features like curves and a square screen.

BlackBerry Q10 will not attract fresh complaints as it comes in a metal chassis.

Indian mobile users want additional durability to their phones. BlackBerry Q10 ensures extra durability and superior look. Its body is too strong and one cannot ruin its quality by throwing on the floor.

The other interesting aspect is that the latest smartphone does not have the shiny-metal look. The new phone is meant for premium users like CIO of an IT company or leading actress of Bollywood or Cricket player.

BlackBerry Q10 offers a decent grip to hands. The 0.41 inches thick body of the phone does not create swept — even during Delhi’s summer.

The dimensions of the Q10 are attractive to users. The ergonomic device has 3.1-inch (diagonal) 1:1 screen which is enclosed within a 4.71×2.63 inch body. Its design makes it very convenient for swift typing (both single and double handed). This is another important feature for business users.

Accessing your pix, e-mails, PDFs and surfing the Internet on the screen with 720×720 pixel resolution does not make you sick. The superior screen also manages decent color reproduction and visibility up to some really extreme angles.

BlackBerry Q10 features a decent camera for business professionals. The 8MP camera with LED flash at the back and 2MP on the fascia will be enough for business users. But they need another device or another camera if they plan to go for outing. BlackBerry Q10 may not be the right option for video shoots as well. 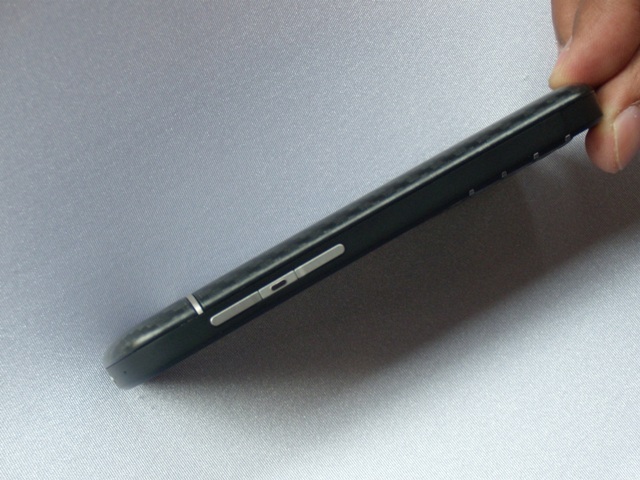 BlackBerry Q10 comes with 16GB worth of internal storage, but this can be expanded up to 64GB using a microSD card. This much capacity is excellent considering the fact that its rivals usually opt for 32GB via microSD card.

The BlackBerry 10.1 OS ensures innovation for better usage. The latest Qwerty phone features several apps meant for both individuals and business users in India. But users may look for apps as they seek value for money.

BlackBerry Q10 has 2,100mAh battery. I would suggest improvements in battery as these phones are mainly used by premium users who look for 3G, international roaming, Wi-Fi, 4G, etc.

BlackBerry Q10 may not be offering value for money for all Indians. But it’s a durable phone with the best keyboard for problem-free life. If BlackBerry can work on apps, battery, camera, etc. there will be more demand.