The state-run China Telecom, which competes with China Mobile and China Unicom, said it added 1.03 million 3G subscribers in Q1 2014 against 6.63 million in Q4 2013 and 9.15 million in Q3 2013. Demand for 4G LTE was one of the main reasons for the substantial decrease in 3G subscriber growth.

Wang Xiaochu, chairman and CEO of China Telecom, said: “For the first quarter of 2014, the number of mobile subscribers of the company was 183 million, representing a net decrease of 2.38 million. The number of 3G subscribers was 104 million, representing a net addition of 1.03 million. The decline in the number of mobile subscribers in the quarter was mainly due to the increasing market competition driven by the launch of LTE services and strengthened marketing promotion by the peers.” 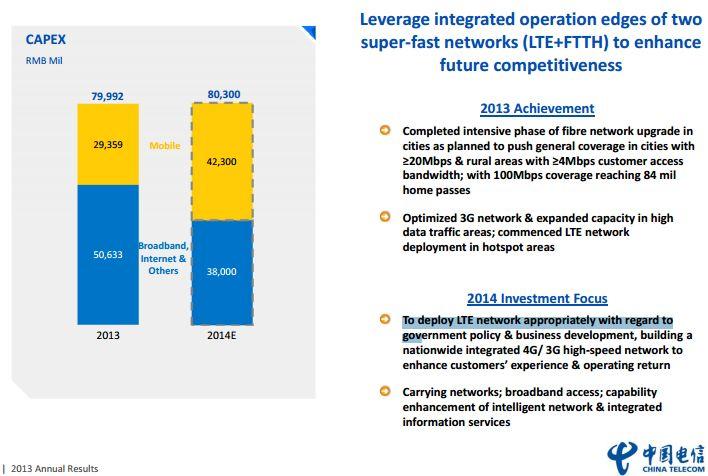 Facing the challenges from the new Internet technology and the intensified mobile substitution, the number of local access lines in service of the Group declined by 2.97 million in the first quarter. Services like Internet access and data services continued its robust growth momentum, which effectively offset the impact of decline in the wireline voice services.

China Telecom strengthened the initiatives in network operation and enhanced the quality of network maintenance focusing on 3G and 4G, wireline broadband and wireless broadband. The network operations and support expenses for the first quarter of 2014 increased by 30.6 percent in Q1.

Note: The chart is from China Telecom presentation on March 19 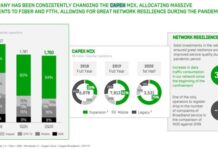