The number of commercial aircraft providing either Wi-Fi or cellular connectivity will reach 4,048 by the end of 2013, representing 21 percent of the global fleet, said IHS.

Of the 4,000 aircraft estimated to offer at least one of the two forms of connectivity in 2013, approximately 75 percent offer Wi-Fi-only. Wi-Fi connectivity is particularly widespread among North American airlines.

The rising availability of in-flight wireless connectivity comes at a time when the U.S. Federal Aviation Administration’s (FAA) moves to loosen its rules for the usage of electronic devices on flights.

Heath Lockett, senior analyst for aerospace at IHS, said that the proportion of passengers connecting to wireless services on board is still very low, average in the single-digit percentages. The challenge for airlines now is to inform passengers of the services they offer and to get them to pay for access. 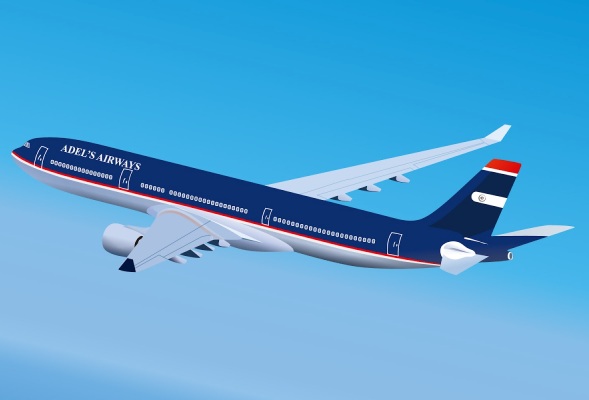 Though banned over North American airspace, cellular connectivity has grown across the rest of the world, with almost 600 aircraft projected to feature the technology by the end of 2013. Most passengers are using their cell phones for data services and text messaging as opposed to phone calls.

Several airlines — including Cathay Pacific, Emirates, Qatar Airways and Singapore Airlines — have opted to provide both Wi-Fi and cellular services, which combined represent the fastest-growing category of in-flight connectivity.

Of the 14,000 aircraft forecast to provide some form of connectivity by 2022, approximately 5,000 are projected to offer both Wi-Fi and cellular options.

The two-tiered system, popular in an array of other industries, is one in which users can opt either for a free or low-cost bandwidth-limited connection, or pay a premium for a guaranteed high-speed experience.

When ViaSat launches its Exede service on JetBlue’s fleet later this year, it may provide such a facility, allowing free access at a controlled bandwidth to all passengers, while providing its promised 12 megabits-per-second service for every passenger to those willing to pay a certain price.

As more aircraft are equipped with connectivity, and with service providers jostling to provide even greater connection speeds to address passenger demand for bandwidth, the future for in-flight connectivity looks set to soar.