Indian telecom service provider Idea Cellular on Monday announced that it rolled out 1,436 2G cell sites and 2,648 3G cell sites during the second quarter of fiscal 2015. 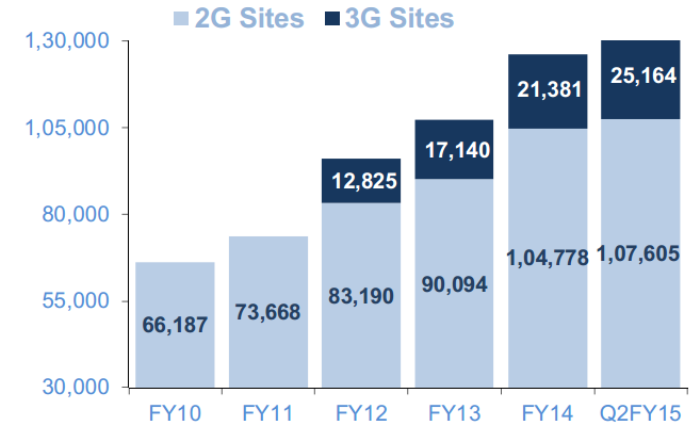 There is no change in Idea Cellular’s Capex guidance for FY15 that stands at Rs 35 billion excluding any spectrum related payments.