The 40 GB offer is a post-paid data plan, MTS said on Tuesday.

The company does not share specific details on mobile broadband data speed, a major concern for Indians.

This is significantly lower than MTNL data plans. For instance, MTNL, a government-owned telecom operator, charges Rs 850 for 10 GB for your pre-paid data plan for 30 days. 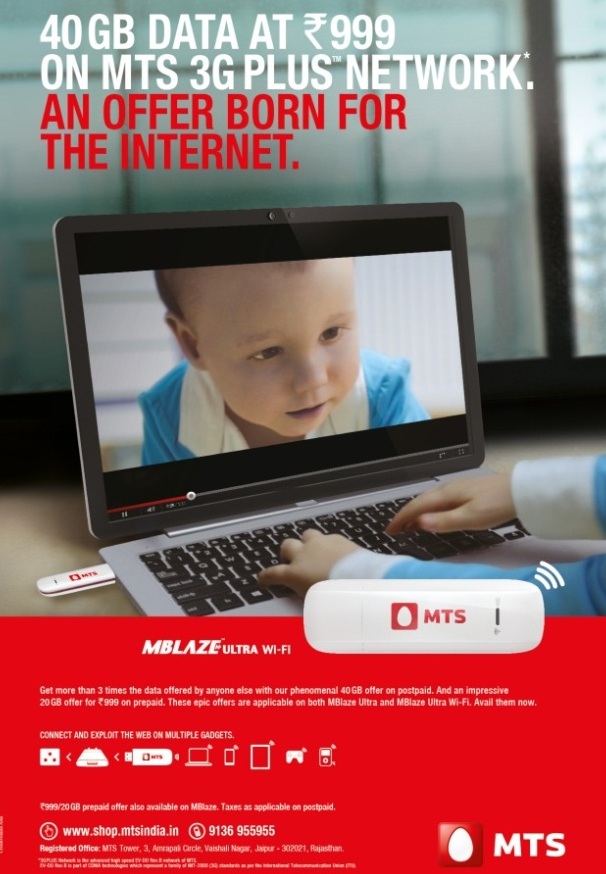