GSA does not see any significant contribution from India and Indian 4G telecom operators such as Airtel, Aircel and Reliance Jio Infocomm.

Within the current total of 39 commercially launched LTE TDD networks, 13 operators have launched converged systems, i.e. using both TDD and FDD mode in the networks. Some operators in India are deploying converged networks using LTE FDD 1800 MHz (band 3) and TDD 2.3 GHz (band 40) spectrum, which is a combination supported by 152 user terminals. 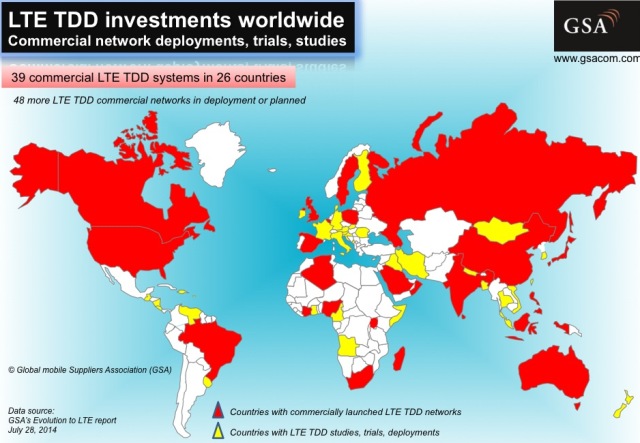 Alan Hadden, president of GSA, said: “TDD operators are focusing more on personal mobility and the smartphone is the key segment. Recent progress has been excellent and 184 TDD smartphone products have now been announced, which is 87 percent more than the total in March 2014.”

Routers make up 38 percent of TDD products against 52 percent earlier, while smartphone category has grown its share to 35 percent.

96 percent of TDD smartphones are multimode, supporting one or more 3G system technologies, as well as LTE TDD.