The total 5G smartphpne shipment volume will grow to 570 million units in 2021, up 123.4 percent from last year. China will continue to lead the market with 47.1 percent of the 5G global market share, followed by the USA at 16 percent, India at 6.1 percent, and Japan at 4.1 percent, IDC said. 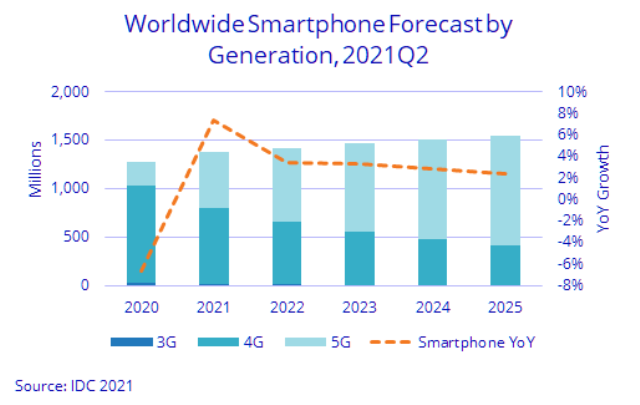 By the end of 2022, 5G units are expected to make up more than half of all smartphone shipments with a 54.1 percent share.

5G shipments are the driver of 2021 growth as both vendors and channels focus on 5G devices that carry a significantly higher average selling price (ASP) than older 4G devices.

4G devices will witness massive price decline as the ASP drops to $206, representing a nearly 30 percent decline from last year ($277).

The world’s largest markets – China, the United States, and Western Europe – will still be down from 2019, but growing markets such as India, Japan, the Middle East, and Africa are fueling the recovery. 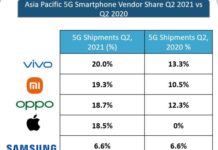