5G smartphone shipments will reach nearly 280 million in 2020 with Greater accounting for 62 percent, followed by North America and EMEA. 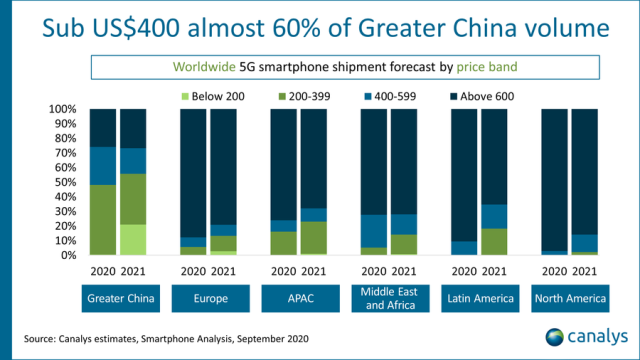 “This milestone has arrived three months earlier than expected and will have a significant ripple effect in other regions, such as Southeast Asia, EMEA, and even Latin America where Chinese vendors are expanding,” said Canalys Analyst Shengtao Jin.

“The economies of scale provided by the China market will allow vendors to launch more affordable 5G smartphones in other countries, even if 5G infrastructure in those markets is not fully ready.”

It is expected that by 2021, nearly 60 percent of 5G smartphone shipments in China will be cheaper than US$400, while 5G penetration in China will reach 83 percent in the next 12 months.

Europe will be the third largest region behind Greater China and North America in terms of 5G penetration in 2020 and 2021.

Huawei was long-expected to play a major role in 5G smartphone adoption, and other brands such as Xiaomi, Oppo and TCL are already positioning themselves to fill any vacuum.

“Smartphone shipments are rebounding rapidly in many markets ahead of the economic and retail consumption recovery,” said Canalys Senior Analyst, Ben Stanton. 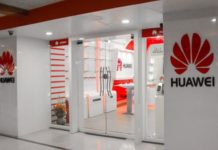