Amazon.com has launched its first fitness band and app – Halo — as the e-commerce giant looks to take on Apple, Fitbit and Samsung. 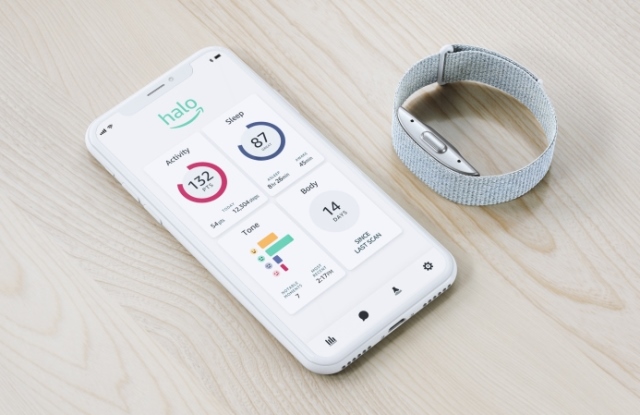 The Halo fitness band from Amazon does not feature a display screen unlike most of its rivals. Halo band is priced at $99.99, while the app membership costs $3.99 per month, Amazon said.

Amazon has featured a relatively new technology in the market called tone analysis, which reviews users’ tone during conversations. When enabled, a microphone on the band listens to detect emotions such as happiness, confusion or affection in the speaker’s tone.

Apple is the top wearables company with 29.3 percent share and 21.2 million units in the second quarter of 2020. While Apple Watch shipments declined due to difficulties in the supply chain, the strength of the Beats and Airpods was more than enough to offset the negative growth.

Amazon said the water-resistant band, with a battery life of up to 7 days, also contains an accelerometer, a temperature sensor, a heart rate monitor and can measure body fat percentage.

Alphabet-owned Google is making strides into the fitness market. Google in November said it would buy Fitbit for $2.1 billion.

The fitness market is also crowded by cheaper offerings from China’s Huawei Technologies and Xiaomi.