Phone majors Apple, BlackBerry and LG failed to grab top 5 position in the Indian smartphone market in the first quarter of 2013.

Strategy Analytics estimates that Apple sold 37.4 million iPhones in the first quarter to grab 17.9 percent share in the global smartphone market, down from 22.8 percent of the market Apple controlled in the same quarter last year. Global smartphone market share of top 5 players in Q1 2013 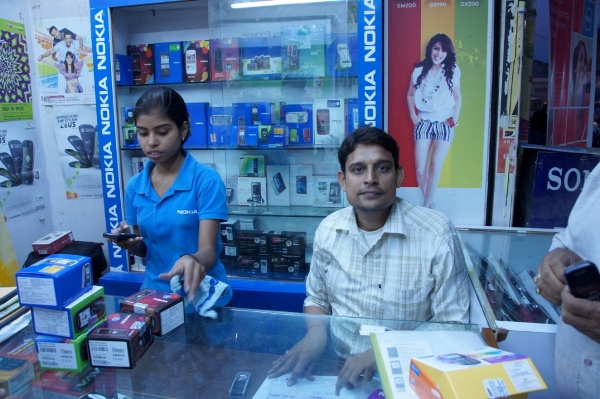 BlackBerry launched Z10 in India in the first quarter of 2013. It will launch BlackBerry Q5 on July 16 to reduce further damage to its smartphone market share growth in the country. Estimated to price at around Rs 24,000 in India, BlackBerry Q5 is the budget phone from BlackBerry on the latest BB 10 platform which went live in January 2013.

Globally, BlackBerry sold around 2.7 million of the new models, about a million fewer than analysts expected. Less acceptability to the latest OS and the BlackBerry Z10 smartphone has impacted the revenue streams and profitability of BlackBerry.

The company’s CEO and President Thorsten Heins on Tuesday — addressing its shareholders — said the company is open for more alliances. The bad news is that BlackBerry expects more losses during the current quarter. That means there’s no turn around in the near future.

Please look at the below chart for top 5 smartphone makers in India.

Besides Micromax, Samsung and Karbonn, the other major brands that improved / reduced market share in India include Nokia and Sony Mobile, according to Faisal Kawoosa, lead analyst, CMR Telecoms Practice.

“We understand the emergent needs of consumers of smartphone devices which look brilliant and work effortlessly. Thus in this regard, our product innovation is geared towards creating an eco-system of mobile devices which bring the best of smartphone experience to them,” said Shashin Devsare, executive director, Karbonn, recently.

The other prominent brands are HTC, Huawei and Lenovo that are missing in the top 5 chart.