Apple announced a range of new Mac computers and iPad tablets, a paid podcasting service and devices for finding lost items, signaling the expansion of its products. 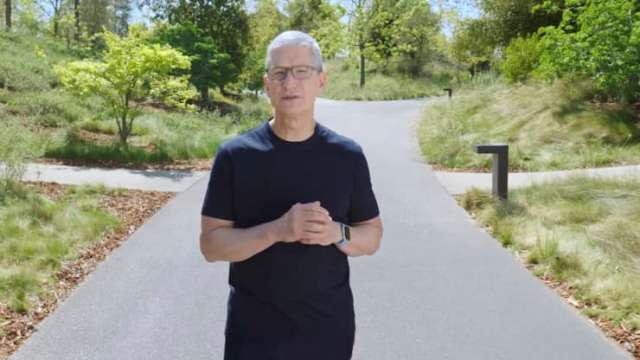 Apple will release new iPad Pros tablet that use the company’s M1 chip, which is also used in its Mac computers. Previously, iPads used A-series chips, that also powers the company’s iPhones. Apple says it is the most powerful tablet on the market.

These iMacs are powered by Apple’s custom M1 silicon, not Intel processors.

Apple says it reduced the volume of the computer by 50 percent, resulting in a smaller computer that can fit on a desk more easily.

The entry-level model will be priced at $1,299, and an upgraded version costs $1,499. The new iMacs will go up for preorder on April 30 and will ship in the second half of May.

Apple announced AirTag, calling it an iPhone accessory, priced at $29 for one or $99 for four. It will be on store shelves on April 30.

It uses Apple technology called Find My, which uses a network of iPhones to find lost objects. It’s using a technique Apple calls “precision finding” that it says is privacy-sensitive.

Apple announced that it is launching podcast subscription service next month, taking on Spotify and other competitors in the audio streaming wars.

Analysts said that when combined with Apple’s keyboard and trackpad accessories, the iPad Pro models could be a compelling replacement for a laptop, especially for content creators or business travelers. But those accessories also push the price to nearly $1,100 – more than Apple’s cheapest laptop, the $1,000 MacBook Air.

Ben Bajarin, principal analyst for consumer market intelligence at Creative Strategies, said the devices are not likely to be volume sellers but will target the niche of consumers who value versatility.

Lynnette Luna, Principal Analyst at GlobalData, said: “The ecosystem message was strong. Nearly every product announcement was about how well each product or service works together. That continues to be a significant weakness of rival Samsung.”

“Apple’s biggest announcement was the iPad Pro with a new M1 chip and 5G capabilities, which should help carriers in their quest to sell new 5G subscriptions. A new camera on the iPad Pro pans automatically to follow users as they move around and widens out if a second person enters the screen. The feature rivals Facebook Portal and Amazon Echo,” Lynnette Luna said.