Apple posted 5 percent drop in revenue to $84.3 billion for the quarter ending in December as iPhone revenue declined 15 percent to $51.9 billion.

Apple sales revenue fell substantially in China to $13.169 billion in the December quarter from $17.956 billion.

He said Apple is rethinking how it prices the iPhone outside the United States after largely setting the price in U.S. dollars, which made the phones more expensive in local currencies.

“We’ve assessed the macroeconomic condition in some of the markets we’ve decided to go back to more commensurate with what our local prices were a year ago in hopes of helping the sales in those areas,” Cook told Reuters. 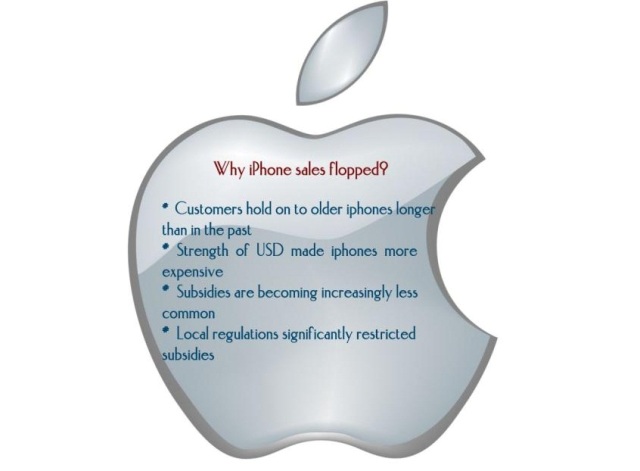 Apple said it expects revenue between $55 billion and $59 billion for the current quarter ending in March.

Apple’s sales forecast of $55 billion to $59 billion for the current quarter would signal that the iPhone maker continues to face weak demand for its costly iPhones, especially in China, the world’s biggest smartphone market.

Apple has major challenges ahead in 2019 as its core markets, particularly China, continue to decline. Apple will focus intently on growing its services revenue, relying now on its sticky installed base of users.

But with vendors like Samsung and Huawei providing cheaper and competitive alternative devices, Apple may need to launch a cheaper iPhone, or at least become more flexible with channel discounting, to safeguard the same installed base it has bet its future on, a Canalys report said.

The company said it has 360 million subscribers to both its own and third-party services, and set a goal to expand that to 500 million by the end of 2020. It said it now has 1.4 billion active devices, an increase of 100 million from last year, and that 900 million of those are iPhones.

By contrast, Netflix ended 2018 with 139 million paid subscribers for its streaming video service and Amazon.com has more than 100 million subscribers to its Prime shipping and content service.