Apple announced several important steps to enhance its revenue of $37.1 billion in 2018 from services business. 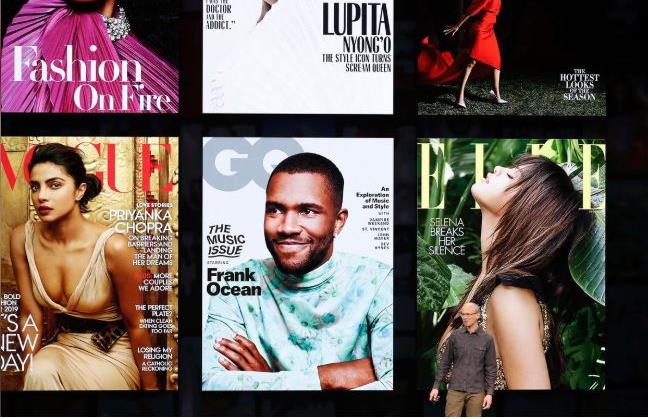 First, Apple will launch a television and movie video streaming service that will allow users of its 1.4 billion gadgets to stream television shows and movies, both Apple originals and those from other creators.

Apple will announce the pricing and availability of the Apple TV+ video subscription service later this fall.

The Apple TV app will be available to iPhone, iPad and Apple TV customers in over 100 countries with a free software update this May, and to Mac this fall.

The Apple TV app will be available on Samsung smart TVs beginning this spring and on Amazon Fire TV, LG, Roku, Sony and VIZIO platforms in the future.

The Apple original shows are expected to be offered alongside the option to subscribe to content from Viacom and Lions Gate Entertainment’s Starz, among others, Reuters reported.

Apple will join a crowded field where rivals such as Amazon.com’s Prime Video and Netflix have spent heavily to capture viewer attention and dollars with award-winning series and films.

Second, Apple introduced a titanium, laser-etched Apple Card backed by Goldman Sachs Group and Mastercard that can track spending across devices and pay daily cash back on purchases.

Apple Pay, its digital wallet, will be usable on public transit systems in Portland, Oregon, Chicago and New York City. Apple Pay will be available in more than 40 countries by the end of the year.

Third, the company said its free news app will come in a paid-subscription version, called Apple News+, which curates a range of news articles and will include 300 magazines including National Geographic, People, Popular Science, Billboard and the New Yorker. Apple said it would cost $9.99 a month.

Fourth, Apple’s Arcade, a game subscription service that will feature over 100 new and exclusive games, will be available to App Store’s more than 1 billion gaming customers. Apple will launch Apple Arcade in fall 2019 in more than 150 countries and reveal price related details later.

Apple’s jump into original entertainment signals a fundamental shift in its business. Sales of hardware money-makers the iPhone, iPad and Mac were either stagnant or flat in its most recent fiscal year.

Revenue from its service segment – which includes App Store, iCloud and content businesses such as Apple Music – grew 24 percent to $37.1 billion in fiscal 2018. The services segment accounted for only about 14 percent of Apple’s overall $265.6 billion in revenue.

While Apple plans to spend $2 billion on original shows this year and has hired Hollywood veterans to oversee them, it is unlikely to take on Netflix or Amazon.com directly by including libraries of older shows. Its model is expected to more closely resemble the App Store, offering paid subscriptions to other media companies’ programing and keeping a cut of sales.

Apple said in January there were 1.4 billion active Apple devices, 900 million of which are iPhones. It has positioned that as leverage against Netflix’s 139 million global customers and the 100 million subscribers to Amazon’s Prime shipping program, which includes the video service.

Apple in January said its Apple News service had 85 million active users after being released less than four years ago.

Tim Cook, CEO of Apple, introduced Monday’s event at the glass-enclosed Steve Jobs Theater at Apple’s Cupertino, California, headquarters, saying the event would focus on the technology company’s services, not its hardware.