Sales of iPhones were $65.60 billion, beating Apple’s previous quarterly all-time high of $61.58 billion in iPhone sales for the first quarter of fiscal 2018.

Apple chief executive officer Tim Cook told Reuters that the company now has an active installed base of 1.65 billion devices, compared with 1.5 billion devices a year ago.

Cook also said Apple now has an installed base of more than 1 billion iPhones, an increase over the 900 million the company most recently disclosed in 2019.

Mac sales reached $8.68 billion. Apple in November released its first laptop and desktop computers with processor chips of its own design, breaking a nearly 15-year partnership with Intel.

Sales of Macs, iPads and the iPhone 12 Pro model all ran into supply constraints. Tim Cook said that “semiconductors are very tight” but that other areas of the supply chain contributed to the constraints as well.

The company’s services business, which includes its new Apple One bundle of television, music and cloud storage services, had $15.76 billion in revenue.

Apple has 620 million paying subscribers on its platform, ahead of its goal to have 600 million subscribers by the end of 2020.

The services segment also includes sales from Apple’s App Store, whose billing practices have become a flashpoint of conflict with “Fortnite” creator Epic Games and whose privacy rules have ticked off a public spat with Facebook. 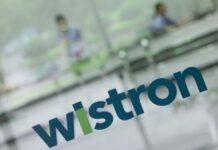