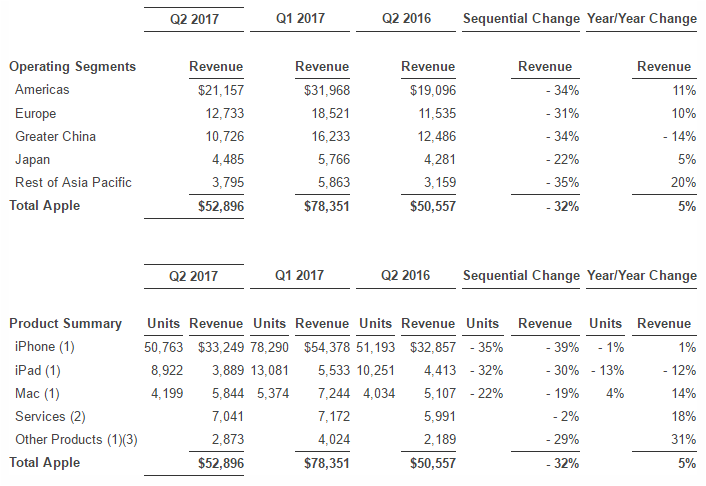 Apple indicated that it will be facing another difficult quarter.

“We are proud to report a strong March quarter, with revenue growth accelerating from the December quarter and continued robust demand for iPhone 7 Plus,” said Tim Cook, Apple’s CEO.

“We’ve seen great customer response to both models of the new iPhone 7 (PRODUCT) RED Special Edition and we’re thrilled with the strong momentum of our Services business, with our highest revenue ever for a 13-week quarter,” Tim Cook said in a statement.

Tim Cook, while attending analyst call, did not mention anything about India. Analysts believe that Apple had a tough quarter in India.

“Apple’s iPhone business is experiencing deferred demand as its loyal customers awaits the release of the iPhone 8 later this year, likely in September 2017,” said Jack Narcotta, senior analyst at TBR.

While growth in Mac PC and Services reduces the burden on the iPhone as Apple’s revenue engine – the iPhone accounted for 62.9 percent of Apple’s total revenue.