Telecom Lead Asia: Devices major Apple said it has sold over two million of its new iPhone 5 in China, three days after its launch on December 14.

iPhone 5 will be available in more than 100 countries by the end of December, making it the fastest iPhone rollout ever. 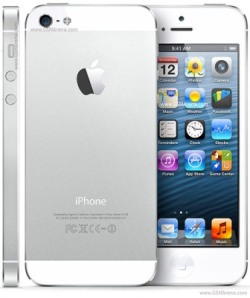 This is a significant landmark for Apple as China Mobile, the largest telecom service provider in China, is not selling iPhone 5 in the country. China Mobile has recently tied up with Finnish phone major Nokia for selling its Lumia 920T at RMB 4,599.

“Customer response to iPhone 5 in China has been incredible, setting a new record with the best first weekend sales ever in China,” said Tim Cook, Apple’s CEO. “China is a very important market for us and customers there cannot wait to get their hands on Apple products.”

Apple had sold over five million iPhone 5, three days after its launch on September 21. More than 100 million iOS devices have been updated with iOS 6.

READ THIS: China will see the competition between Apple iPad5 and Lumia 920T, the first TD-SCDMA Windows Phone in December. While Nokia and China Mobile priced Nokia Lumia 920T at RMB 4599 without contract, China Telecom will sell Apple iPhone5 with a contract at RMB 5780, or RMB 100 cheaper than China’s Unicom’s price.

As the largest operator in China, China Mobile will play a significant role in bringing Lumia experience to more Chinese consumers with its TD network coverage.

China Unicom’s pre-orders for the device have already exceeded 100,000 on the first day of pre-sales.

According to TrendForce and AVANTI Research partners, desire to buy Apple iPhone has decreased in China by 12 percent. Apple’s brand recognition has increased from 35.2 percent to 80.4 percent.

However, desire to purchase the iPhone has decreased by 12 percent since the second quarter. This is due to the iPhone’s relatively high retail price and inability to work with China’s largest telecom, its strong brand image has been unable to stimulate purchase desire.

TelecomLead.com reported that encouraged by Q3 2012 financial performance, Samsung is more confident to sell smartphones and tablets in the next quarter than Apple.