Lens Technology, a supplier of touch screens for Apple, used thousands of Uyghur labourers from the predominantly Muslim region of Xinjiang in China, according to an investigation by Tech Transparency Project (TTP).

This is not the first time Apple’s supply chain has been linked to alleged forced labour from the Xinjiang region, The Washington Post reported.

Another Apple supplier, the Esquel Group, was found involved in China’s alleged forced labour programme, in Xinjiang, TTP said, although China denies that forced labour exists in the country.

The TTP findings on Lens Technology comes amid news that Apple is actively lobbying against a bill that will sanction companies for participation in China’s alleged forced labour programme.

A thousand of these workers came from the Xinjiang city of Turpan in 2018, according to a release from city’s Human Resources and Social Security Bureau, TTP said.

The workers were sent by the same Xinjiang government agency that supplied minority labourers to O-Film, another Apple supplier who was recently added to a US government blacklist for its participation in China’s alleged forced labour program.

Apple spokesman Josh Rosenstock denied that Lens Technology received any labour transfers of Uyghur workers from Xinjiang, according to The Washington Post report.

Apple earlier this year ensured that none of its other suppliers are using Uyghur labour transferred from Xinjiang, according to the spokesperson.

China has been facing criticism from human rights activists around the world for its treatment of Uyghur Muslim minority. 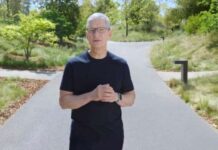