Apple on Wednesday introduced three new iPhones — iPhone XS, XS Max and XR — and a new Apple Watch as part of the strategy to regain the number two position in the global smartphone market from Huawei. 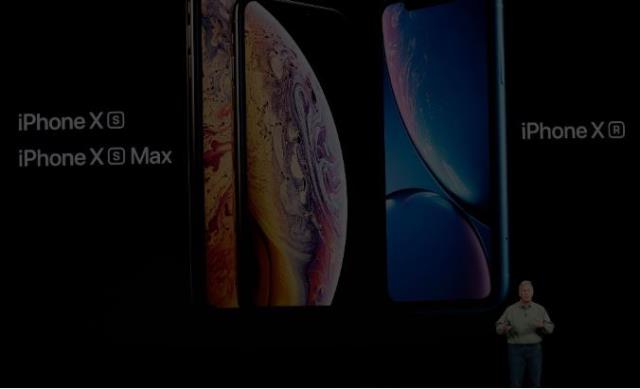 The starting price of Apple iPhone XS is $999 and the price for the big iPhone XS Max will be $1,099. Apple India will start selling new iPhones starting September 21. Apple has a very small market share in India.

The price of Apple iPhone XR will be $749 or Rs 53,000 for the base version of 64GB, while the 128GB and 256GB models will be costly. Apple will position iPhone XR as the low-cost iPhone for emerging markets such as India, China, etc.

Apple also announced dual-SIM support for iPhone XS and iPhone XS Max. The iPhones don’t have regular dual-SIM slots. Instead the secondary SIM is an e-SIM, which is already available on Apple Watch. Apple will be joining hands with Bharti Airtel and Reliance Jio to bring e-SIM iPhones in India.

“We are going to take iPhone X to the next level,” Apple CEO Tim Cook said at a media event at the company’s headquarters in Cupertino, California.

Apple iPhone XS and iPhone XS Max feature a 5.8-inch and 6.5-inch OLED Super Retina display. The iPhone XR has a LCD ‘Liquid Retina’ display. Apple said all the latest iPhones will be powered by Apple’s new A12 Bionic processor.

Huawei is becoming the main competition for Apple. The China-based phone company has already set a target to become the number one smartphone supplier taking on Samsung of Korea.

The global smartphone production volume for 2018 will reach around 1.465 billion units, clocking an increase of 0.5 percent, TrendForce said.

The global production volume of iPhone devices including all previous models for 2018 will total around 221.9 million units, registering a growth of 0.4 percent.

Apple’s launch of new iPhone models with AMOLED display will expand the adoption of AMOLED in the smartphone market. Around 48 percent of smartphones shipped worldwide in 2021 will feature the AMOLED display, TrendForce.

China contributed 16 percent of Apple’s total sale, while 36 percent sale came from the United States. Between its launch in November 2017, and the end of June 2018, Apple shipped over 50 million units of iPhone X.

Of iPhone X shipped in this period, the cheaper 64GB variant was slightly more popular, accounting for 56 percent of iPhone X shipped, compared with the more expensive 256GB variant, which accounted for 44 percent.

Apple lost share in China in Q2 2018. “The China market is expected to decline in the following quarters as well, mainly owing to harsh declines in shipments from smaller vendors that are unable to sustain volumes and are therefore finding it difficult to justify further investment in the market,” Canalys analyst Mo Jio said earlier.

Apple shipped over 75 million units of sold iPhone 8 and iPhone 8 Plus since their launch in September 2017, to the end of June 2018.

Nearly 70 percent of the 340 million smartphones shipped in Q2 2018 were dual-SIM, said Canalys. China is the largest market for dual-SIM smartphones -over 90 million in Q218. India follows with over 30 million shipping.

The biggest volume dual-SIM smartphone model in Q218 was the OPPO R15, shipping over 7 million units.

“Its investment into channels, brand building and positioning of the Honor devices helped drive sales. Huawei is shipping its Honor smartphones into 70 markets worldwide and is emerging as Huawei’s key growth driver,” said Anshul Gupta, research director at Gartner.

Samsung faces slowing global smartphone demand and growing competition from Chinese manufacturers. Samsung now expects the Note 9 smartphone to revive growth. Apple does not rely on the growth or decline of Samsung because the US-based devices major focuses on innovation and global deals with telecom operators to sell iPhones.