BlackBerry India Managing Director Sunil Lalvani on Tuesday said BlackBerry Q5 smartphone, which will be priced at Rs 24,990, will be positioned at both young individuals and business professionals.

BlackBerry Q5, the first budget phone on the BlackBerry 10.1 OS platform, is available in red color to attract India’s youth population. The other colors include Black and White.

BlackBerry Q5 smartphone has enough features that can attract both the youth and business professionals.

The smartphone major is trying to woo the youth. At present, 50 percent of India’s population is below 25-year old. 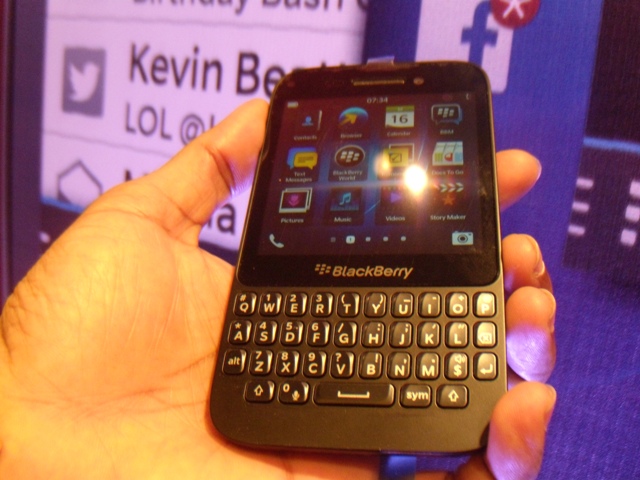 “We are listening to market trends in India. There will be more products on both BlackBerry 10 and 7 platforms,” said Sunil Lalvani, who is responsible for driving differentiated solutions for consumers and enterprise clients by harnessing range of BlackBerry offerings.

The Rs 24,990 price bracket may not be reachable for Indian youths. The solution is to offer zero interest EMI options for 12 months. “We will make BlackBerry Q5 through EMI options,” BlackBerry MD said.

Several handset makers are in the process of increasing their mobile phone prices in the wake of changes Rupee Dollar valuation.

“We are not increasing the price of our smartphones. In fact, we absorbed the Dollar-Rupee value fluctuation instead of passing it on to customers,” Lalvani added.

To increase the presence of the budget Qwerty smartphone, BlackBerry will associate with several events connected with youth population. BlackBerry Q5 will be associated with youth icon and Bollywood start Rambir Kapur.

The smartphone major will also increase its presence through online channels. Currently, it has an official tie up with FlipKart to sell its products. Similar associations will be expanded with other online portals as well.

BlackBerry, which is expanding its product range, is not in top 5 list of smartphone makers in India. ( Apple, BlackBerry and LG failed to grab top 5 position in the Indian smartphone market in the first quarter of 2013 )