Telecom Lead India: BlackBerry Z10 smartphone in India has been priced at Rs 43,490.

BlackBerry Z10 — running on the new operating system BB 10 — will be available from Tuesday in the Indian smartphone market that is dominated by Samsung with 40 percent share.

India is the first telecom market in the Asia Pacific where BlackBerry has launched the phone.

BlackBerry on Monday said that its another BB 10-based phone, Q10, will be available in the Indian market from April this year.

India is one of the markets where BlackBerry enjoys a decent brand equity and loyalty. In the Indian smartphone market, BlackBerry has been a strong number three player in terms of market share. However, it ended up losing close to 3 percent market share in the calendar year 2012, mostly to Samsung and Nokia in the low tier high volume smartphone market.

Abhishek Chauhan, senior consultant, ICT Practice, Frost & Sullivan, says BlackBerry 10 should definitely come as a welcome move for the high end BlackBerry corporate and retail users who have been aspiring to move to a full-fledged smartphone but haven’t been able to give up BlackBerry. If marketed well and supported with a full-fledged smartphone portfolio as well as customized ecosystem, they might also be able to get back the consumers they ended up losing to the competition.

“They would need to ensure the support of India specific applications as well as navigation which most of the competition has done a good job with. Moreover, looking at the fact that BlackBerry has targeted the youth in the Indian market, they would need to ensure a decent portfolio of BB10 devices across price tiers to ensure volumes and market share in the long run,” Chauhan added.

TelecomLead.com earlier reported that BlackBerry 10 may disappoint 4G users of Bharti Airtel and Reliance Industries (after its launch) as its new smartphones do not support TD-LTE.

However, BlackBerry Z10 and Q10 are set to become the lifeline of 4G operators in America, Europe and the Middle East as it support LTE/4G. 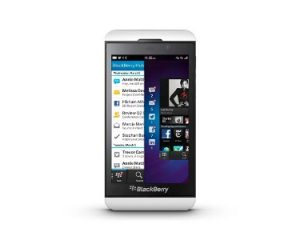 According to Ovum, Blackberry Z10 and Q10 will stand out from Android masses. Adam Leach, principal analyst at Ovum, says the BlackBerry 10 platform offers a differentiated user experience in today’s crowded and homogenous smartphone market.

Meanwhile, Reuters on Monday reported that more than four years after it started selling iPhones in India, Apple Inc is now aggressively pushing the iconic device through installment payment plans that make it more affordable, a new distribution model and heavy marketing blitz.

Apple expanded its India sales effort in the latter half of 2012 by adding two distributors. Previously it sold iPhones only through a few carriers and stores it calls premium resellers.

iPhone shipments to India between October and December nearly tripled to 250,000 units from 90,000 in the previous quarter, according to an estimate by Jessica Kwee, a Singapore-based analyst at consultancy Canalys.

The MobileStore, a retail chain owned by Essar, says it sells 15 percent of iPhones in the country and iPhone sales tripled between December and January, thanks to a monthly payment scheme launched last month.