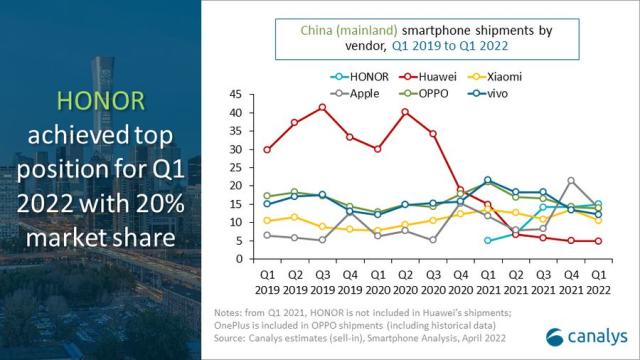 The State Administration of Market Regulation said that Hubei Xingji Shidai Technology had agreed to purchase the stake from two of Meizu’s shareholders. It did not give a value for the deal, Reuters news report said.

Xingji Shidai was launched by Geely’s chairman Eric Li last year as part of a push into premium smartphones, making the Volvo-owner the first established carmaker to enter the highly competitive sector. Li owns a 55 percent stake in Xingji Shidai.

Reuters reported in September that the venture aims to release its first smartphone by 2023 and sell 3 million units in its first year.

Established in 2003, Meizu was once one of China’s most well-know smartphone brands but has in recent years lost ground to the local rivals like Huawei, Xiaomi, Oppo and Vivo.

The smartphone market in China in Q1 2022 fell 18 percent year on year and 13 percent sequentially to 75.6 million units in Q1 2022. HONOR reached the top for the first time, shipping 15.0 million units with stellar growth of 205 percent.

OPPO (including OnePlus) stayed in second place with 13.9 million units shipped as it continued its brand transition. Apple remained in the top three after a strong Q4 last year. Vivo and Xiaomi completed the top five, shipping 12.2 million and 10.6 million units respectively, says a Canalys report.