Google Photos, which currently offers unlimited free storage for photos for all users, will only offer 15GB of free storage space for new photos and videos starting next month.

This change doesn’t apply to those who own a Pixel 2 smartphone or later.

Pixel users will continue to get unlimited free photo backups on Google Photos. However, those who don’t own a Pixel phone will have to get a Google One subscription, which starts at $1.99 per month ($19.99 per year) for 100GB.

The company, last year in November, announced that it would no longer offer unlimited free storage for “high quality” photos on Google Photos starting June 1, 2020.

The company had revealed that it would limit free storage on Google Photos to 15GB and users would have to pay for a monthly Google One subscription for any additional storage.

Since photos and videos uploaded to Google Photos before the deadline won’t count towards the new 15GB limit, users should probably upload all their precious memories right away and avoid paying for the Google One subscription. 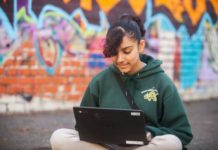