“We managed to maintain a 4-percent global smartphone market share last year and we are determined to do our best to expand the percentage to 10 to 15 percent in the future,” said HTC CEO Peter Chou at a shareholders’ meeting.

As Taiwan’s leading smartphone maker, HTC once accounted for a 10-percent share of global smartphone sales and its market share in some areas even reached 30 percent, Chou said. 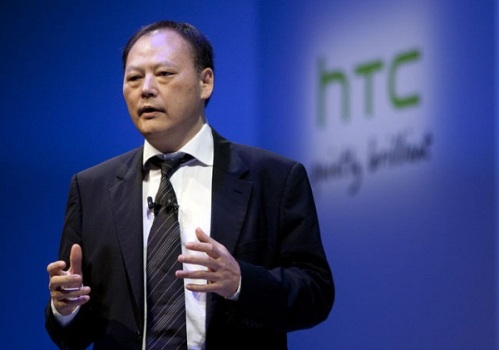 “We will redouble our efforts this year to further enhance our brand recognition and loyalty around the world,” Chou said.

Acknowledging that the global smartphone market is competitive, Shou said HTC has spent heavily on research and development.

2013 will be a watershed year for HTC, as the company has managed to make big breakthroughs in its product line.

According to him, the new HTC One has been widely recognized as one of the best smartphones available on the market.

Four Amercian telecom carriers have been promoting the device in the U.S. market, Chou said.

It marks the first time that HTC has collaborated with four U.S. telecom operators to simultaneously promote sales of a single HTC handset, Chou said, adding that this is part of the company’s new marketing strategy.

HTC Chairwoman Cher Wang said the company will focus on product innovation and upgrading of its global marketing mechanism this year.

Recently, HTC said it would target to more than double its market share in India this year after recently launching its new HTC One flagship phone.

Faisal Siddiqui, HTC’s country head in India, said the company is aiming at a 15 percent market share in the domestic smartphone market by the end of this year.

According to research firm GfK Group, HTC has 6 percent share of the Indian market.

The Taiwanese manufacturer also said during the launch that it has added two national distributors and now has three across the country, covering over 100 dealers and 3,500 outlets.

Its revenue in the first quarter was NT$42.8 billion, falling short of its projection of NT$50 billion to NT$60 billion.

India is the 10th foreign market that the new HTC One has entered in the past three months, after the United Kingdom, Germany, the United States, Australia, Singapore, China, Malaysia, Indonesia and Japan.

Meanwhile, IDC says Samsung has surpassed Nokia in overall mobile phone shipments in India during the first quarter of this calendar year.

South Korean firm Samsung is already the world’s largest mobile phone maker, and it shipped 16 percent of the total phone shipments in India, whereas Nokia’s marketshare stood at 15 percent for the same period.

Indian vendors Micromax, Karbonn and Lava rounded up the other three spots in the top-five bracket in the market, which grew around 24 percent year-on-year, primarily driven by the surge in smartphone shipments. The smartphone market grew 74 percent in Q1 of 2013 over Q1 of 2012.