China’s Huawei has lost its dominance in the global smartphone business due to trade restrictions imposed by the United States.

Research firm IDC said Huawei fell to the number 5 spot with shipments of 32.3 million and 8.4 percent market share. The company continues to suffer under the weight of U.S. sanctions and saw a dramatic year-over-year decline of 42.4 percent.

Research firm CounterPoint said Huawei managed to achieve the No 3 spot in 2020 thanks to its strong performance in China despite the sanctions and severe component shortages after the escalated US trade ban. China contributed around 70 percent of its total smartphone shipments.

Huawei’s strong performance was driven by new 5G models such as the Mate 40 Pro and Nova 7, says CounterPoint.

Apple also reported its best performance in China in recent years, shipping more than 15.3 million units in Q4, with 18 percent market share, up from 15 percent in Q4 2019.

“It is possibly Huawei’s toughest time as it is restrained to even serve its home market,” said Canalys VP of Mobility Nicole Peng. “Huawei’s sell-in shipments shrunk by nearly half sequentially, despite huge demand for Huawei devices, as the vendor is unable to fulfil this demand in the foreseeable future.” 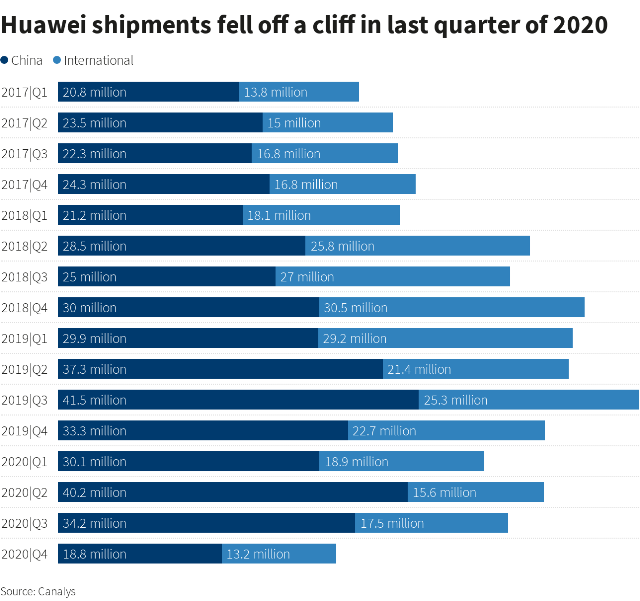 Apple had a great year in China, where full year shipments finally returned to the 2018 level, driven by both iPhone 11 and iPhone 12 models. Apple recorded its highest quarterly shipments in China since Q4 2015 when iPhone 6S was launched,” said Canalys Research Analyst Amber Liu.

“Apple’s launch of iPhone 12 series in China coincides with Huawei’s struggle, its only rival in the high-end segment, whose flagship Mate series shipped fewer than 4 million units in Q4. However, Apple has not relaxed its market promotions for iPhone 12.

“Honor is also a player we shouldn’t ignore in China in 2021, as the vendor has inherited most of Huawei strengths and aims to win over Huawei’s loyal customers,” Nicole Peng said.

As 5G becomes a common feature for new smartphones, leading vendors like Oppo, Vivo and Xiaomi will double down investments in their flagship and premium portfolios focusing on product breadth and premium components. 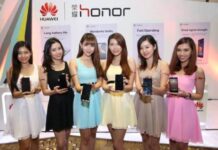