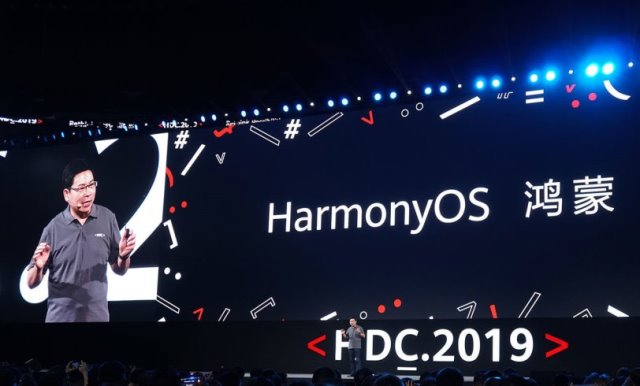 The decision to launch its own operating system that will assist Huawei to reduce reliance on Google follows the ongoing U.S. trade restrictions that threaten to cut the Chinese technology firm’s access to U.S. technologies.

Google Android is the largest selling smartphone operating system in the world.

Huawei said it would stick to using Google’s Android OS for smartphones for the time being. Huawei at a software developer event in China said it will gradually roll out the new smartphone software to support connected devices such as smartwatches, speakers and virtual reality gadgets.

Huawei already designs its own HiSilicon Kirin processors though it still rely on U.S. firms such as Qualcomm and Broadcom for additional wireless chips.

“Harmony OS is completely different from Google Android and Apple iOS,” said Richard Yu, head of Huawei’s consumer business group. “You can develop your apps once, then flexibly deploy them across a range of different devices.”

The latest IDC report indicated that Google Android’s OS smartphone share is expected to increase slightly to 86.7 percent in 2019 from 85.1 percent in 2018. Apple iOS share will be decreasing to 13.3 percent from 14.9 percent.

U.S. President Donald Trump’s administration has warned that Huawei could be a vehicle for Chinese espionage. US has put the Chinese company on entity list, blocking U.S. companies from selling technology or services to the world’s largest telecoms networking firm without a special license.

Huawei’s bigger rival Samsung Electronics has been using its own operating system called Tizen in smartwatches and televisions.

Neil Shah, analyst at Counterpoint Research, said Huawei’s success in smartphones will rely heavily on whether it can get developer support.  Huawei says there are more than 800,000 developers in its product ecosystem. Yu said more than 4,000 Huawei developers have been working on Harmony.

Yu also said in order to attract developers’ migration, it was willing to cut its fee intake from app developers working for Harmony to as low as 10-15 percent. Apple and Google take a 30 percent cut for revenue generated through their app stores.

Huawei will roll out a new smart screen or connected television product – featuring the new OS Harmony on Saturday. Huawei said it has roll-out plans for the OS in other devices till 2022.

Yu said it would be difficult for Huawei to meet its previous goal of becoming the world’s biggest smartphone maker by shipments this year due to the U.S. curbs imposed in May, but expects to be able to keep the No.2 spot. The company shipped 118 million smartphone units in the first-half.

Several Japanese carriers had postponed selling the new Huawei models amid concerns about whether the Android system and popular apps like Gmail and Youtube would have access to Google upgrades.