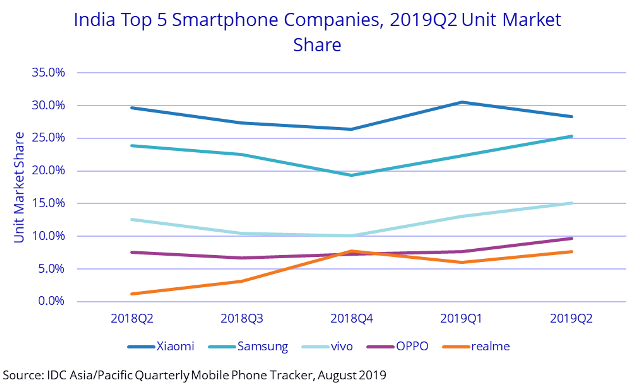 OnePlus led the $400-$600 smartphone price segment with 63.6 percent share at the back of newly launched OnePlus 7 series.

Apple bettered Samsung for the leadership position in the $500+ smartphone price segment with an overall share of 41.2 percent. 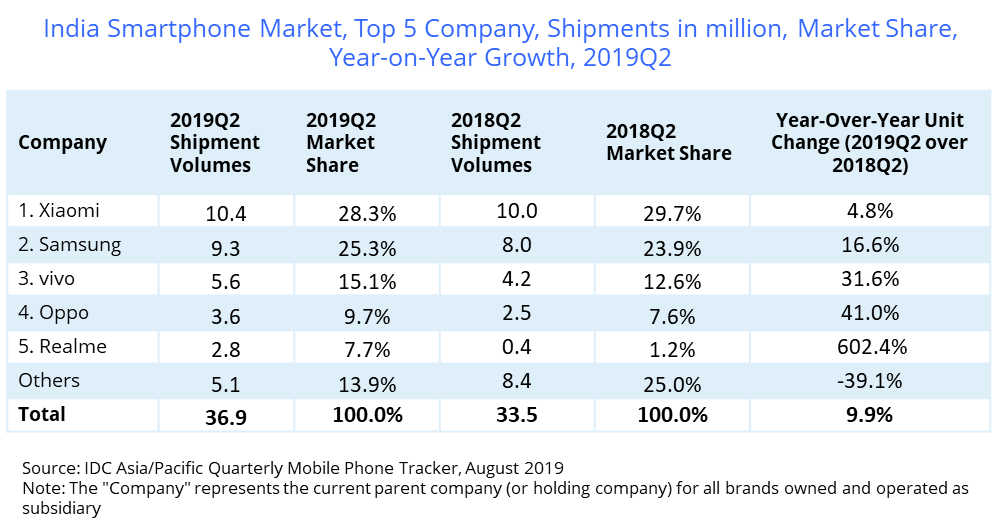 Samsung has achieved 16.6 percent growth supported by Galaxy A series across low and mid-price segments.

Samsung’s Galaxy A10 and A2 Core were amongst the top five smartphone in India during the second quarter. Samsung has slashed the online retail price of Galaxy M smartphones in India. Samsung has 13.5 percent market share in the online channel.

Samsung’s smartphone share in India increased to 25.3 percent in second quarter from 23.9 percent due to strong demand for its smartphones from buyers.

Oppo achieved 41 percent growth, because of the demand for affordable A series – A3s and newly launched A1K and A5s. Online channel accounted for 19.1 percent for Oppo — driven by online exclusive model K1.

Realme achieved multi-fold growth in the Indian smartphone market, driven by model C2 and 3/3Pro series. The vendor was second in the online channel with 16.5 percent market share. Realme’s offline channel accounted for 21 percent of its shipments.