India government on Tuesday launched three major schemes to boost manufacture of electronics in the country.

These schemes are expected to attract substantial investments, increase production of mobile phones and their parts or components to around Rs 10 lakh crore by 2025, and generate around 5 lakh direct and 15 lakh indirect jobs.

Union Minister for Electronics and IT Ravi Shankar Prasad launched the Production Linked Incentive Scheme (PLI) for large-scale electronics manufacturing, Scheme for Promotion of Manufacturing of Electronic Components and Semiconductors (SPECS), and Modified Electronics Manufacturing Clusters (EMC 2.0) Scheme, which were approved by the Union Cabinet in March.

The PLI Scheme will extend an incentive of 4-6 percent on incremental sales of goods manufactured in India and covered under the target segments to the eligible companies for five years subsequent to the base year.

SPECS will provide financial incentive of 25 percent on capital expenditure for the identified list of electronic goods, including electronic components, semiconductor, and display fabrication units, among others.

The EMC 2.0 will provide support for the creation of world-class infrastructure along with common facilities and amenities, including Ready Built Factory (RBF) sheds or Plug and Play facilities for attracting major global electronics manufacturers, along with their supply chains.

The government aims to increase the domestic value addition for mobile phones by 35-40 percent by 2025.

The three schemes would entail an outlay of about Rs 50,000 crore.

The government is offering a production-linked incentive (PLI) involving cash worth 4-6 percent of additional sales of goods made locally over five years, with 2019-2020 as the base year, technology minister Ravi Shankar Prasad told a news conference.

Names of the five companies, which would have to meet investment and sales thresholds to be eligible, were expected to be announced in the next two months, ministry officials said.

Five Indian firms would also be selected for the PLI scheme, which, along with two other related initiatives, could help India produce smartphones and components worth 10 trillion rupees ($133 billion) by 2025.

Global players such as Samsung and Taiwanese firms Foxconn and Wistron, which both supply Apple, have already ramped up local production, attracted by India’s huge market of 1.3 billion people.

The new plan also includes schemes to drive up production of components and create manufacturing clusters with pre-built factory sheds and common facilities for companies to move in immediately.

The plan comes as more companies look for manufacturing sites outside China, where the coronavirus pandemic disrupted global supply chains. India, which offers cheap labor, has more than 1 billion mobile connections but less than half that number of smartphones, offering manufacturers a huge potential market. 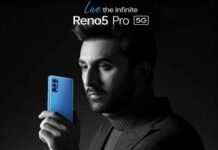