Karbonn, Indian smartphone maker, has finalized the location for a manufacturing plant in Chennai, India. Karbonn will be the first Indian device maker that can take on Micromax with aggressive marketing budgets and innovative phones.

The company is planning to start manufacturing Karbonn mobiles in the country. The Chennai plant will be in addition to a UTL unit in Bangalore, which will be operational shortly.

As per the forthcoming telecom manufacturing policy, there will be pressure to manufacture phones in India. Phone makers such as Nokia, Samsung, etc. have already started manufacturing a part of their phones in the country.

The Jaina Group has around 650 employees, 85,000 distribution outlets and 1,000 service centres around the country. It deals in 25 types of mobile phones and tablets.

“Dynamics of the Indian market make it challenging for foreign vendors, besides Samsung, to succeed. Samsung has invested heavily in its brand and channel relationships over a number of years, which has given it a big advantage over many of its international competitors,” said Jessica Kwee, Canalys Analyst. 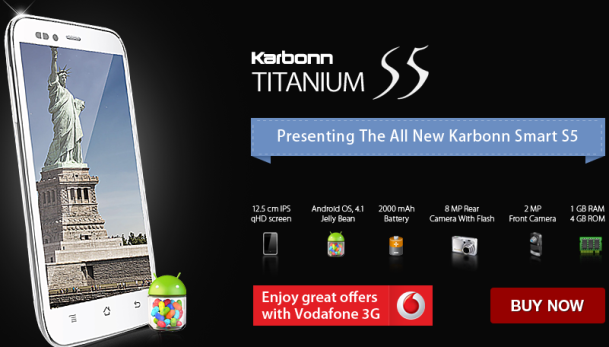 Though Karbonn has a presence in countries like Nepal, Bangladesh and Sri Lanka, Karbonn plans to expand reach to regions like South Africa and Middle East in the near future, Economic Times reported.

Nearly 7-8 percent of Karbonn revenue comes from the export market, but given the untapped potential of the domestic market, it aims to reach out to Indians before focusing on the international footprint.

Karbonn, launched in March 2009, has emerged as the third largest mobile phone brand in India in the first quarter of 2013, according to IDC Report.

Currently, Karbonn handsets are manufactured in Shanghai, Taiwan and Korea, though the product designing and testing is conducted in India. Its sells around 20 lakh phones a month, which include 5 lakh smartphones and 15 lakh feature/touchscreen phones. Till date, Karbonn has invested around Rs 250 crore in the venture.