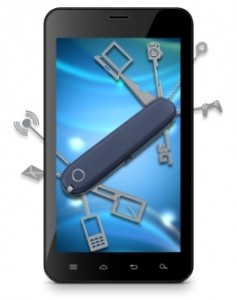 “By devising the Karbonn A30 – Ta Fone, our endeavour is to form the world’s first 5.9” screen smartphone which blurs the differentiation between a Tablet and a Smartphone and creates a hybrid category of devices which is sure to see a lot of buzz in times to come,” said Shashin Devsare, executive director, Karbonn Mobiles.

“The year 2012 saw a great revolution in the Smartphone category, wherein by the turn of the year we seek to initiate a greater revolution in the form of a hybrid category which expands the seam of the mobile eco-system of the country and turns it over its head,” Devsare added.

Features of Karbonn A30 – Ta Fone:

Karbonn Mobiles, a joint venture between Delhi-based Jaina Group and Bangalore based UTL Group, has more than 650 service centers across the country.