Karbonn, the third largest smartphone vendor in India, is planning to launch a couple of wearable devices.

Shashin Devsare, executive director, Karbonn, said: “We are planning to launch one or two smart devices in the wearable market. Currently, the adoption of wearable devices is happening in the accessory side. If the adoption picks up in some of the developed markets, we will finalize our launch plans for India.”

ABI Research in a report in February 2014 said consumer device players including Google, Samsung, and Sony have all launched wearable devices in the past year, with Apple expected to follow suit this year.

Despite the interest and appeal for smart watches and glasses, vendors such as Garmin, Polar, Nike, FitBit and a host of others will continue to ensure that sports and activity sensing remains a key wearable device format well through 2019. Over the next five years wearable devices will increasingly move into healthcare services as well.

Wearable computing devices are driven by a growing range of wireless connected wearable sports, fitness and wellbeing devices. Heart rate and activity monitors will outpace shipments of smart watches and glasses for some years to come and they will also provide the essential foundation for the development of the broader wearable market,” said Jonathan Collins, principal analyst at ABI Research.

Karbonn, which is targeting sales turnover of more than Rs 4,500 crore in FY 2013-14, said its main focus for the current year will be smartphones with better hardware and software technologies that excite the Indian youth population.

The smartphone vendor is also gearing up to expand its service centers from the current 870 including 100 exclusive centers to address demands of customers. It will continue to its brand association with cricket and bollywood to engage Indian mobile users.

Karbonn is also launching its 4G LTE smartphones in association with Mediatek in the third or fourth quarter of 2014. Recently, Korean consumer electronics major LG announced its 4G smartphone that supports TD-LTE technology. 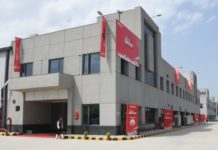 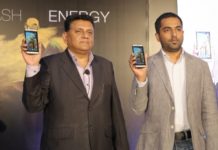 Karbonn to invest Rs 800 crore in manufacturing in 3 years 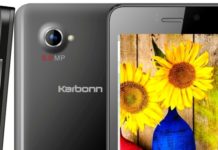