India has become one of top 3 Nokia Lumia smartphone markets in the world. This is a strong indication of a major revival in the Indian mobile phone market.

Indian mobile phone industry is giving two indications of a strong revival of dwindling business. Nokia India is reviving at a time when BlackBerry is looking for a buyer — after launching a slew of costly smartphones in some of the developing markets.

Nokia is the major contributor to the success of Windows Phone operating system in India.

Second, HCL Infosystems earlier said its telecom business registered a healthy and positive q-o-q growth in April-May-June quarter of 2013 owing to robust traction in the first phone category as well as in Windows Phone category.

The Windows Category growth was led by the increase in Nokia Lumia Sales in this quarter.

The quarter saw the launch of the first ULCH (Ultra Low Cost Handset) model Nokia 105 in rural markets across India with first of its kind One year Replacement Guarantee.

Device major Apple is yet to recognize India’s success though it posted around 400 percent growth in the country. For Nokia, India has become the most important mobile market to grow faster. 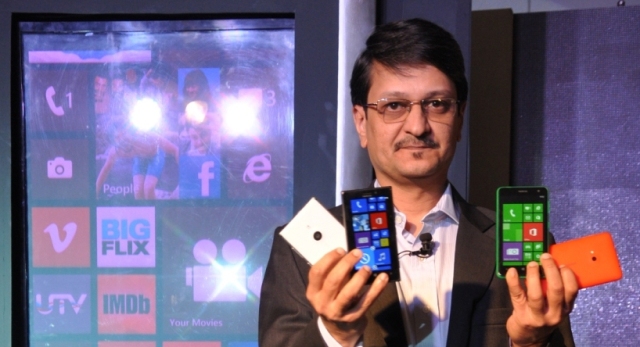 To strengthen its smartphone range, Nokia on Thursday lined up Nokia Lumia 925 and Nokia Lumia 625.

“The Nokia Lumia 625 is our largest smartphone screen to date and offers a superior entertainment companion to our consumers, while with the Nokia Lumia 925, we have introduced metal to the Lumia range in a sleek, light weight design,” said Viral Oza, director – Marketing, Nokia India.

Lumia is vital for Nokia’s survival considering the fact that its mobile phone volumes decreased 4 percent quarter-on-quarter to 53.7 million units.

The launch of Lumia 520 received attraction in markets like China, France, India, Thailand, the UK, the US and Vietnam.