This will drive the market past the half billion NFC devices in use in H1 2013, according to ABI Research.

The significant growth is despite the on-going delays affecting the launch of NFC payment services.

In 2012, shipments of secure elements were raised to 147 million with 125 million enabled handsets being shipped.

Growing inclusion of embedded solutions by OEMs will account for the majority of secure elements in 2013 as MNOs seed the market with close to 100 million SWP SIM cards. 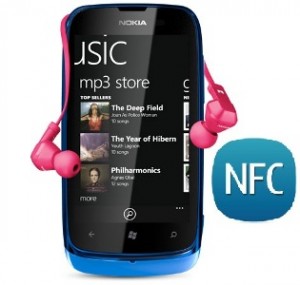 Recently, IHS said shipments of cell phones equipped with NFC will expand by nearly a factor of 10 from 2012 to 2017, reaching 1.2 billion units as the majority of smartphone makers are increasingly adopting the wireless communications and payment technology in their products as a de facto standard.

This year the worldwide shipments of NFC-enabled cell phones will grow to 268.4 million units, up 123 percent from 120.4 million in 2012, according to IHS. Significant growth will continue over the next four years with NFC-outfitted handsets reaching an estimated 1.2 billion in 2017.

Excluding Apple, nine out of the Top 10 smartphone suppliers have launched at least one NFC-enabled product into the market. With Apple losing market share from other smartphone suppliers such as Samsung, and in light of Apple revenues and share price suffering, the chances of NFC being incorporated into future iPhones and other devices looks more promising.

If Apple, in fact, decides to incorporate NFC into future devices, its move will have a positive impact on the profile and growth of the market. But then again, it could also be argued that Apple has rarely been one to follow the crowd and prefers to be a technology pioneer.

This would mean that Apple might potentially adopt another technology besides NFC, an action more in keeping with its business model and walled-garden approach to business. Time will tell which way Apple decides to go with NFC, according to IHS.

ABI Research practice director John Devlin said: “The market has passed the tipping point and is being further enabled by increased competition across all areas of the market.”

There are multiple chip vendors offering a range of product alternatives to OEMs in various form factors with security and connectivity specialists all coming to the fore.

As a result, attach rates are increasing, devices are reaching market, and service partners – who had been holding back due to lack of devices – are now developing their own innovative use of NFC, bringing new services and NFC applications to market.

There remains a stand-off between the business model and value-add being offered by MNOs to targeted business partners. It continues to drag as it does not meet the expectations or requirements of the vital mobile, retail, and financial service partners.

Most of the current activity that ABI Research is tracking is largely focused around non-payment applications designed to increase interactivity of devices. This allows consumers to use their smartphones and access information and content in new ways whilst giving OEM and service brands the chance to increase customer engagement.

Earlier, Deloitte had predicted that in 2012 shipments of devices equipped with NFC capabilities will likely grow about 100 percent to almost 200 million. In 2013 there may be as many as 300 million NFC smartphones, tablets and eReaders sold.

Over the long run, NFC-enabled devices are likely to find a wide array of uses – especially for payments. But even in 2012, NFC capability will likely be used for a diverse range of non-payment applications, including gaming, security, authentication and information.