Telecom Lead America: Research In Motion said its BlackBerry subscriber base grew to 80 million from 78 million reported earlier this year.

This means the BlackBerry smartphone maker did not lose significant market share in North America due to the recent launches of Apple’s iPhone 5, Samsung’s Galaxy devices and Nokia’s Lumia series.

At present, RIM is focusing on launching its new line of revamped smartphones that will run on the new BlackBerry 10 operating system. 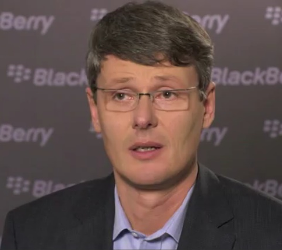 RIM Chief Executive Thorsten Heins, addressing a gathering of developers in San Jose, California on Tuesday, said despite these challenges the company was able to add subscribers in the quarter ended September 1.

RIM is attracting buyers with its lower-end devices in emerging markets, where consumers are much more price conscious and where RIM’s much-admired BlackBerry messaging platform gives it a big edge.

According to BusinessWeek.com, Nokia, which hasn’t made a profit in five quarters because of slumping smartphone sales, said adding features such as a faster Web browser and access to social networking sites to basic phones will win over first-time users and increase the chances of them buying more expensive phones in the future.

RIM CEO Heins said the company is also getting positive feedback on its new BlackBerry 10 devices from the carriers that have had previews of the new smartphones.

The BB10 devices, to be launched in early 2013, will run on a new operating system that RIM says will offer a faster and smoother user interface, and a better platform for apps that are critical to the success of smartphones.

Microsoft and RIM have formed an agreement that gives RIM broad access to the latest Extended File Allocation Table (exFAT) for certain BlackBerry devices of RIM.