Samsung has displaced Xiaomi in order to regain the top smartphone ranking in India during the third quarter of 2020.

India’s smartphone shipments grew 9 percent to over 53 million units in Q3 2020, according to Counterpoint.

This is the highest-ever shipment in a quarter for the Indian smartphone market. The push from the brands coupled with the pent-up demand due to the lockdown and strong sales on online platforms led to this growth.

The mid-tier (INR 10,000 – INR 20,000) segment registered the highest growth and reached its highest ever share in a quarter, Counterpoint senior research analyst Prachir Singh said in the research report.

The Indian mobile handset market – smartphones and feature phones — grew 8 percent in Q3 2020 due to consumer demand in the smartphone segment and stronger sales of feature phones. The feature phone market rose 5 percent.

Itel is the number one feature phone brand followed by Samsung and Lava.

Offline-centric brands like Vivo, Oppo and Itel are increasing their online presence due to the changing consumer behavior. Though online channels remain in focus, OEMs are also trying to leverage new opportunities in offline channels in Tier 2 and Tier 3 cities, Research Analyst Shilpi Jain said.

Samsung became the leading brand in the India smartphone market after two years with 32 percent growth. This performance was the result of multiple strategies, including effective supply chain and touching various price points through new launches.

Xiaomi slipped to number two position for the first time since Q3 2018 with 4 percent drop. Manufacturing constraints due to the COVID-19 situation affected its supply chain, leading to a supply-demand gap.

Vivo grew 4 percent and retained its third position in Q3, driven by demand for its Y-series models in offline channels.

Realme grew 4 percent as it was able to manage supply issues with increased production. It focused on the budget segment with multiple C-series launches to leverage the pent-up demand.

Oppo grew 30 percent, driven by the demand for its budget segment devices, the A12 and A11k, as well as a good performance of the recently launched A52, A53 2020 and F15 in the offline segment.

Apple led the premium segment (>INR 30,000 ~$400) surpassing OnePlus even before its flagship launch, driven by strong demand for its iPhone SE 2020 and the iPhone 11. Its 5G phone iPhone 12 will further strengthen its position in the coming quarter. 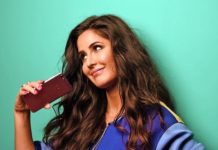